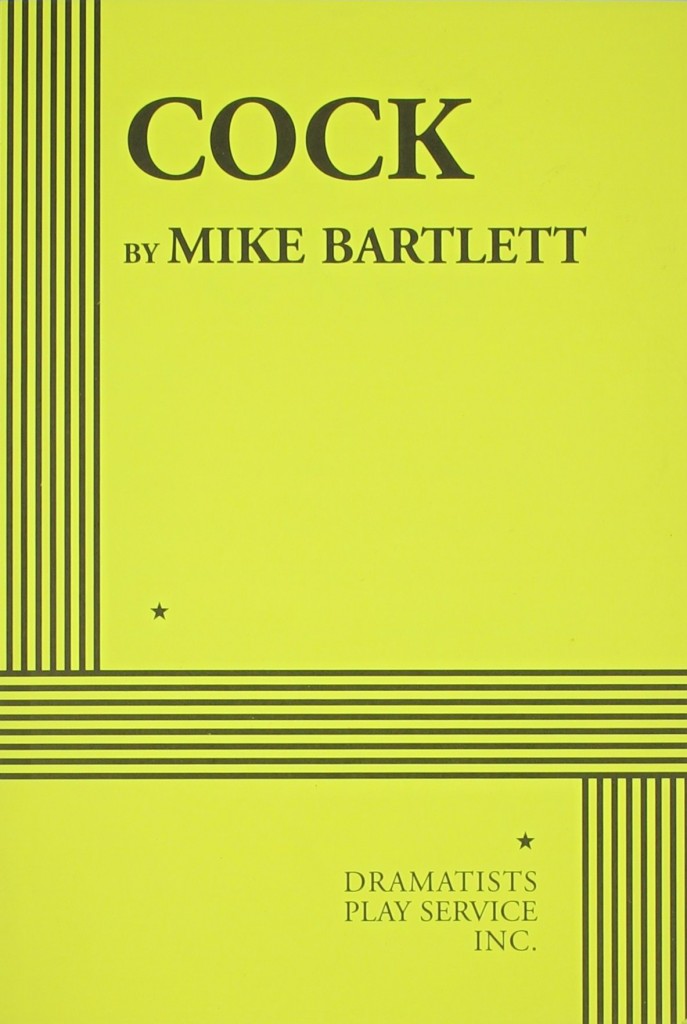 Had a lovely phone chat yesterday with a newcomer to our local theater scene, Amber Kelly. She’s an actor/director who’s just moved here from Chicago and has also spent time in NYC and Rhode Island. As a performer, she’s currently touring in Catharsis Productions’ Sex Signals, a sexual abuse awareness program which has been seen at hundreds of colleges and military bases.

Amber’s keen to mount a production of Mike Bartlett’s Cock in December. (OK, you try to phrase that nicely.) Cock is a four-character British comedy that won the Olivier Award in 2009 and had its U.S. premiere in 2012. I don’t believe there’ve been any Connecticut productions of this show ’til now.

Theater of Thought is holding auditions Nov. 8, with callbacks the next day. Performance dates are Dec. 5-20. She’s still seeking the ideal venue for the play.

I spent a good chunk of my conversation with Amber yesterday convincing her that New Haven has a vibrant, non-competitive, up-for-anything theater community. Please prove me right.

Theater of Thought will be holding auditions for COCK by Mike Bartlett in New Haven, CT on November 8, with call backs on November 9.  Auditions will consist of cold readings from the script.  Send headshots and resumes to: amber@theaterofthought.com

All characters have a British accent.  While actors may be asked to attempt an accent, it is not required for the cold reading.

COCK will play in New Haven, CT Fridays & Saturdays @ 8pm December 5-20 with an additional press/industry night on Monday, December 8.  Rehearsal will begin directly after casting.  All roles are PAID.

“Mike Bartlett’s play is a sharp, witty study of a man helplessly torn between his long time male partner and a loving woman.  Bartlett’s theme, in fact, is less tortured bisexuality than the paralyzing indecision that stems from not knowing who one really is.” -Michael Billington, The Guardian

Theater of Thought is not your average theater company.  Find out more at www.theaterofthought.com.  This production will be held in a “speak-easy” location, clearly emphasizing the unspoken context of a cock-fighting ring.

Once we review the submissions, we will contact you with an audition appointment.