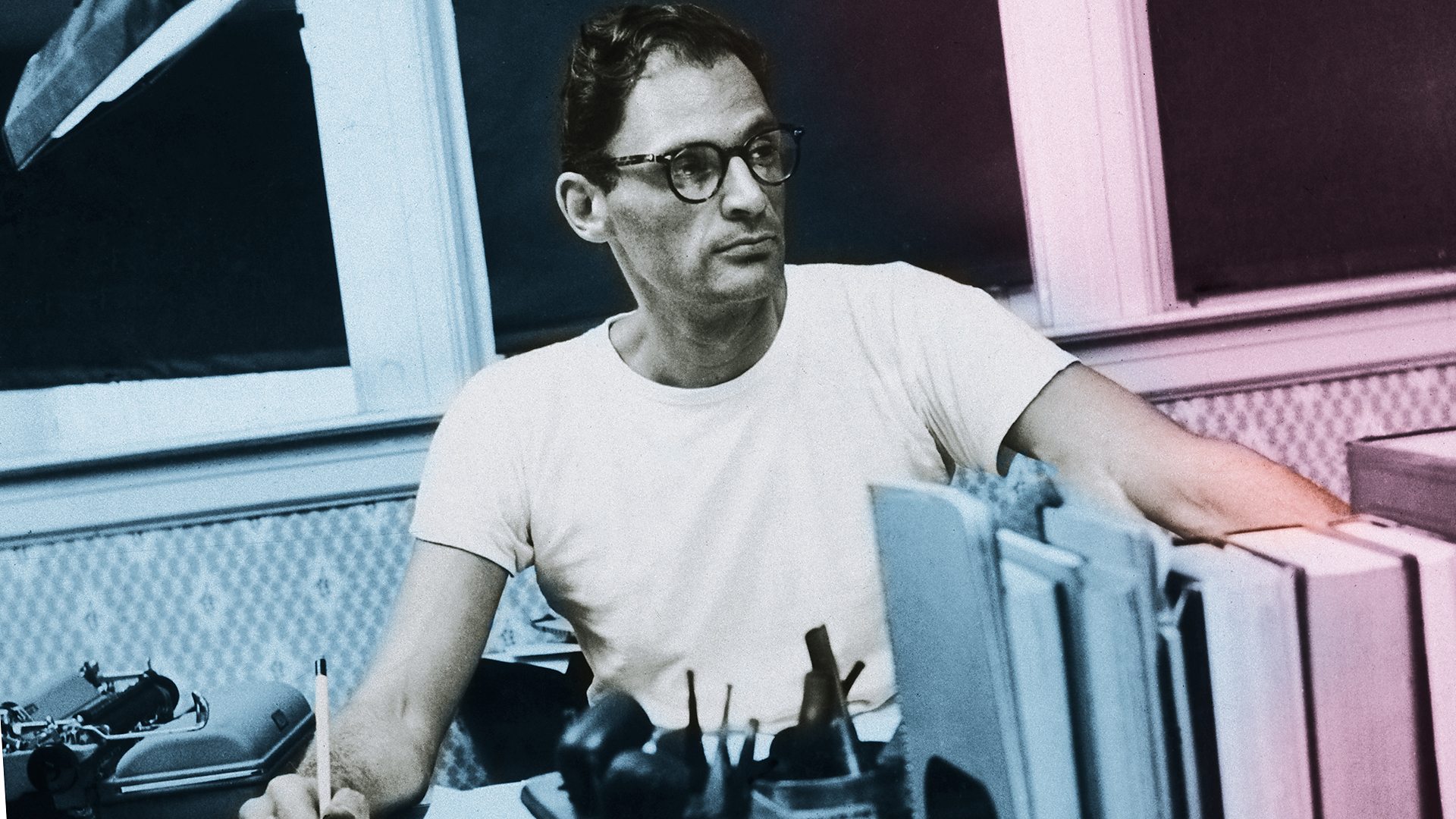 BBC Radio 4 is in the midst of airing an original four-part biographical drama about Arthur Miller, narrated by Ed Harris and starring Ben Feldman as Miller. The project is remarkable because of how much of its dialogue is drawn directly from Miller’s own writings. It’s otherwise a fairly straightforward chronological telling of key events in Miller’s life and career, starting with his boyhood in Brooklyn and Harlem. Miller’s identity is built here, as it is in his own memoirs, through his practical nature, his political activism, and his idea of what makes a writer a writer. (This can mean anything from the right schooling to the right jobs to the right style of hat.)

Miller, of course, was a Connecticut institution as much as an international one. He lived for decades in Roxbury, Ct. His play Broken Glass world-premiered at the Long Wharf Theatre in 1994, and was just revived at the Westport Country Playhouse, where it closed this weekend. The Long Wharf, and other local institutions, bestowed awards and honors upon Miller.

The current interest in Miller is an anniversary thing—this year is the centennial of the playwright’s birth in 1915, and also happens to mark a decade since he died in 2005. England seems to be better at celebrating this than America is. In the states, there’ve been some academic conferences, a few regional theater productions of his plays, and an all-star Centennial Event at New York City’s Symphony Space this past Thursday. In England this year, there’ve been major productions of The Crucible (a couple of those, apparently with some invigorating new staging and design concepts), A View from the Bridge (a hit that rated a trip to Broadway), the lesser-known Playing for Time and an honest-to-goodness world premiere, of The Hook, adapted for the stage from an unproduced screenplay Miller wrote in the mid-1950s.

You can listen to the episodes of “The Life and Times of Arthur Miller” on the BBC Radio 4 website here  while they last; the show’s a few weeks in, and the BBC usually only puts the audio online for a month.

Previous Post: “Besides that it is excellently well penned, I have taken great pains to con it. “
Next Post: Betty & Veronica, or Beatrice and Viola?