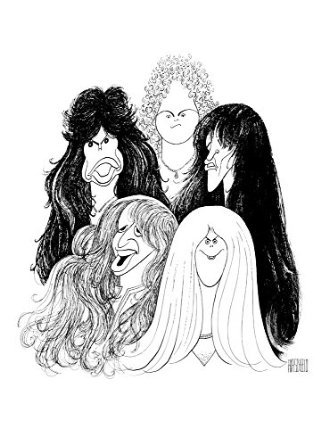 Al also recognized how rock music had changed. “The Seventies was also a time when rock theatricality was bigger than Broadway theatricality,” he said in 1999. “Those rolling lights-and-sound shows were like out-of-town tryouts every night. The make-up was bigger, the stage sets were bigger—because rock groups could afford it. Broadway was being outbid.”

—Al Hirschfeld, quoted in the tremendous biography/coffee table book The Hirschfeld Century—Portrait of an Artist and His Age, “edited and with text by” David Leopold (Knopf, 2015).