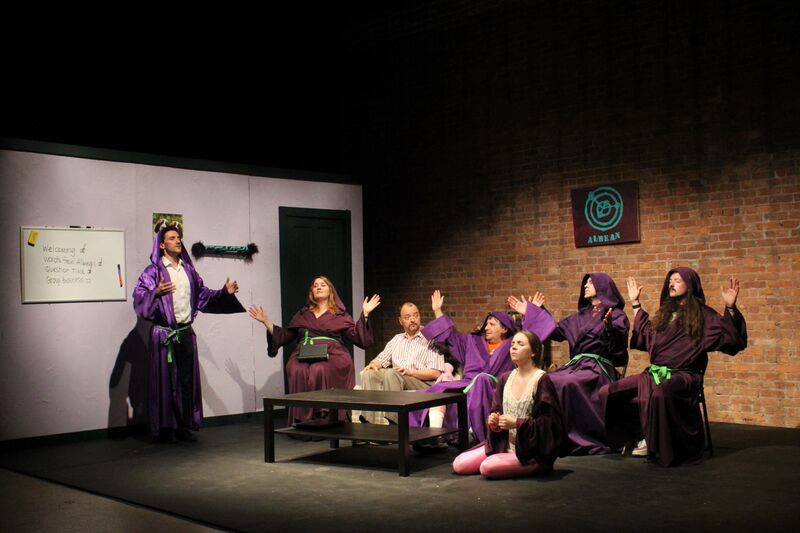 New Haven Theater Company has announced its 2015-16 season with only a couple of months left to spare on the 2105 end of it. No Drew Gray world premieres this time, but we’ll just have to deal.

NHTC has been around in various forms since the mid-1990s, when it was founded by Matthew Martin and Danielle Duffee at BAR, where they worked as a bartender and a manager respectively. BAR was NHTC’s home base for years, before a different leadership brought it into improv comedy mode, with shows at the piano bar Keys to the City when it was at the corner of Chapel and Temple. The company also did site-specific shows at the abandoned bank on Temple and Crown, the Ultra Radio studios on College Street and elsewhere before beginning a years-long residency at a storefront space on Pearl Street. For the last several seasons New Haven Theatre Company has worked out of the back room at the English Building Market Vintage & Antiques concern at 839 Chapel Street.

The season begins unofficially next week with a one-night-only special musical event, “The Worst Song Ever Contest,” 8 p.m. Oct. 30- at The Spaceland Ballroom in Hamden. It’s a night of covers of abominable examples of songwriting, with judges rating the results in three categories: “So Bad It’s Good,” “Most Faithful Cover” and “WTF?” Admission is $10.

The three proper theater plays in the season hew to NHTC recent seasonal mix of a newer work, a large-cast American classic and a popular drama of recent vintage.

Nov. 5-14: Smudge, the celebrated black comedy by Rachel Axler, about parents who are raising a “Smudge”—a child with no limbs and one huge eye. It’s a metaphor for the modern family or something, and led to some interesting debates when it premiered five years ago at the Women Project Off Broadway.

March 3-12: The big-ensemble American classic is Bus Stop, the now 60-year-old William Inge drama which led to the (rather different) 1952 Marilyn Monroe movie, not to mention a 1961 TV series. It’s about a bunch of folks stranded at a diner in Kansas because of an unexpected snowstorm. If last winter is any indication, there may well still be snow on the ground in New Haven in early March.

May 5-14: Proof. David Auburn’s 2000 drama about a dysfunctional, highly calculating family. The national tour of the show visited the Shubert over a dozen years ago, and there’ve been numerous small theater and community theater productions around the state, including one at Playhouse on Park in West Hartford just last year.

New Haven Theater Company works as a collective, choosing their projects by general consensus. Two of these three shows are small-scale (Smudge has three characters, Proof four) but offer grand roles to key players. Bus Stop is huge by comparison, with eight characters. Something for everyone.