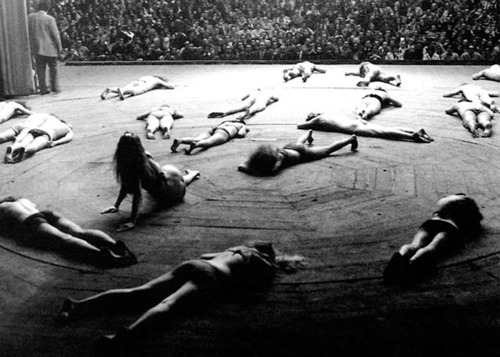 And here’s the Newsweek charge by Kurt Eichenwald mentioned in the Media Matters story:

But the modern McCarthys of the Benghazi committee cannot perform this political theater on their own—they depend on reporters to aid in the attempts to use government for the purpose of destroying others with bogus “scoops” ladled out by members of Congress and their staffs. These journalists will almost certainly join the legions of shamed reporters of the McCarthy era as it becomes increasingly clear they are enablers of an obscene attempt to undermine the electoral process.

The phrase “political theater” is now used more frequently in politics than it is in, you know, theater. It’d be nice if that imbalance could be redressed with more political plays in actual theaters, though to be fair the late-night TV talk shows have really stepped up their number of politically themed comedy sketches.

But here’s the other thing: those Benghazi hearings were political theater, in the most theatery sense of theater. The participants showed up like an improv troupe, with a few key character ideas in their heads, and maintained those roles for an impressive 10 hours. Motivations had been handed to the key players well in advance. There was a visceral sense of Clinton and the committee members having to either live up to, or clearly differentiate themselves from, arch characterizations of themselves as seen in the media. Seeing how each of them tried to score points at the expense of others may seem like a sports metaphor, but it was more of a theatrical one, all about tone of voice and non-verbal gestures and maintaining character.

I’ve been railing about the chronic misuse of the term “political theater” for years. I’m finally beginning to accept this new turn of the phrase, from a theatrical standpoint. Not to say that they couldn’t tighten the dialogue a bit and avoid some repetition…

Previous Post: Bring Out Your Musicals! The Yale Institute of Music Theatre is accepting submissions for 2016
Next Post: The Theater Jerk Comics Revue