While he’s here, I’m trying to throw together a reading of one of his plays, Lightning and Jellyfish. It’s a large ensemble piece set in an indie record store. Ten music-savvy characters!

Need actors to read it, as well as people who would like to just hear it. Likely venue is Neverending Books, 810 State St.

Planning this for SUNDAY NIGHT, Nov. 9 around 7 p.m.

The more the merrier.

Lightning and Jellyfish, by the way, has already been produced, just last month, in Indianapolis at Theater in the Square. The image above is from that production.

You might recall that Lou and I have done this kind of thing in New Haven before. A couple of years ago we did a reading of his play Clutter, with four actors from the New Haven Theater Company, at the Institute Library on Chapel Street. 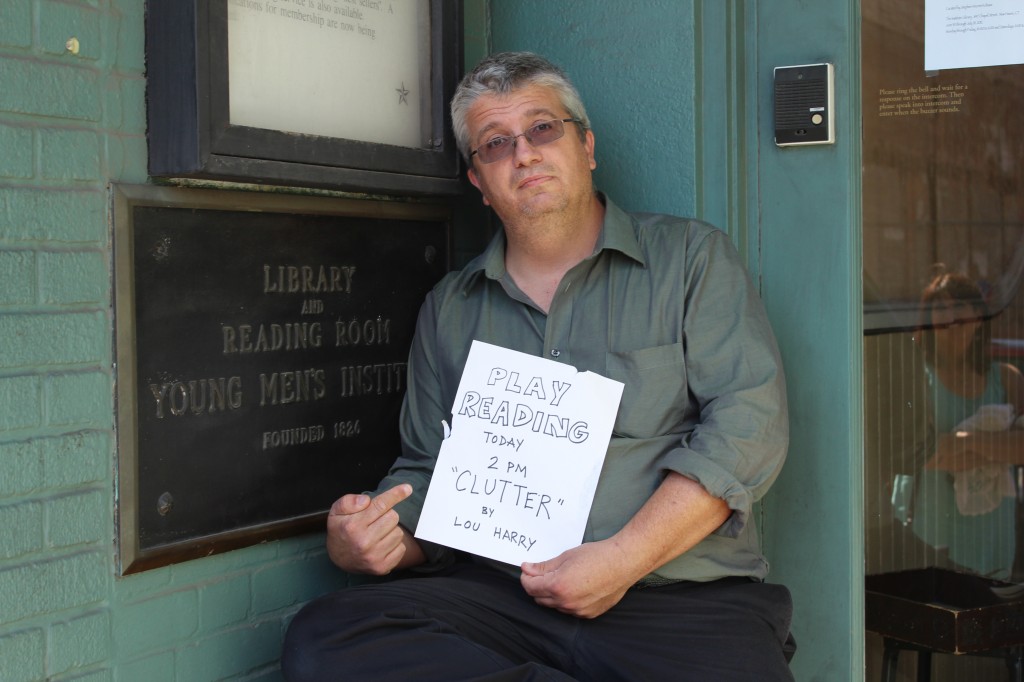 Previous Post: Actors Wanted for Something on Sunday! Part One
Next Post: Angelique Kidjo is a Visionary Leader, Sez Arts & Ideas