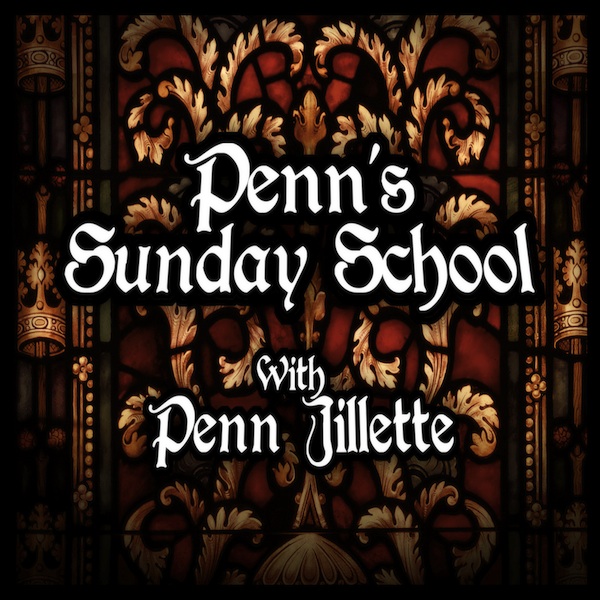 There’s quite a lot of theater talk on the Penn’s Sunday School podcast administered by Penn Jillette on the Carolla Digital Network (easily available at iTunes and elsewhere).

One of the magician’s regular cohorts on the program is actor Matt Donnelly, and the podcast has chronicled his association with the Las Vegas production of  the stage parody 50 Shades—The Musical, from his first audition through the recent episode lovingly entitled “50 Shades of Matt’s Dick.”

Penn’s Sunday School (the title is a wry allusion to its host’s atheism) has also indulged in many anecdotes about Penn & Teller’s recent return to Broadway (which are especially fun to hear for those of us who fondly recall the magic duo’s first Broadway run, decades ago), but also some high praise for the current megabit Hamilton and its star/co-creator Lin-Manuel Miranda. Jillette did some commentary on his Broadway revival before it happened, back in May. Then the podcast left its Las Vegas homebase for a time, returning with welcome insights about how New York has changed in the years since Penn & Teller performed there regularly.

Personally, I miss the years when Penn & Teller used to tour nationally. I have many fine memories of shows I saw in Boston and New Haven. But at least they’re on TV (Penn & Teller: Fool Us on The CW network) and Penn has a podcast.