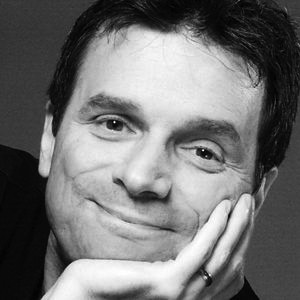 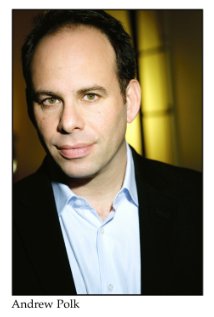 One reason I love watching The Good Wife is that it’s filmed in New York and casts theater actors in small parts. (The same can be said for all the Law & Order shows, I realize—they are the standard TV credit on every working actor’s resume, but I’ve just never found the time to descend into that multi-series maelstrom.)

As such theater trainspotting (apt phrase, thanks to the easy Metro-North commute from NYC to NH) goes, it was a rush to see, on the Oct. 5 episode of Good Wife (“Dear God”), two actors who’d appeared together in a Long Wharf show. John Procaccino and Andrew Polk co-starred in the Dario Fo farce We Won’t Pay! We Won’t Pay! at the Long Wharf in 2004.

Not on the same level of coincidence as when Kelsey Grammer and David Hyde Pierce appeared in separate shows at the Long Wharf at the same time (one on the mainstage, one on Stage II) years before they did Frasier together, but cool nevertheless. I remember We Won’t Pay! We Won’t Pay! very fondly, as part of an extended political-theater phase of programming when Gordon Edelstein first took over as Artistic Director. Polk appeared at the Long Wharf around that same time in the Gip Hoppe’s satire A New War, and Procaccino has been in so many shows at Long Wharf (Italian-American Reconciliation, Sylvia, Down the Garden Path, Prayer for My Enemy, Moon for the Misbegotten) that it seems criminal he’s not a part of the theater’s current alumnus-studded production of Our Town.

Procaccino and Polk didn’t get any scenes together on Good Wife. Procaccino was a judge, a recurring role which he also played in last Sunday’s episode, while Polk was a mild-mannered man giving testimony in a whole other case. Like the Frasier situation in reverse—together on stage, apart on TV.

Share your own Connecticut regional-theater TV sightings write me here; chris@scribblers.us. I can’t be the only one that plays this game.