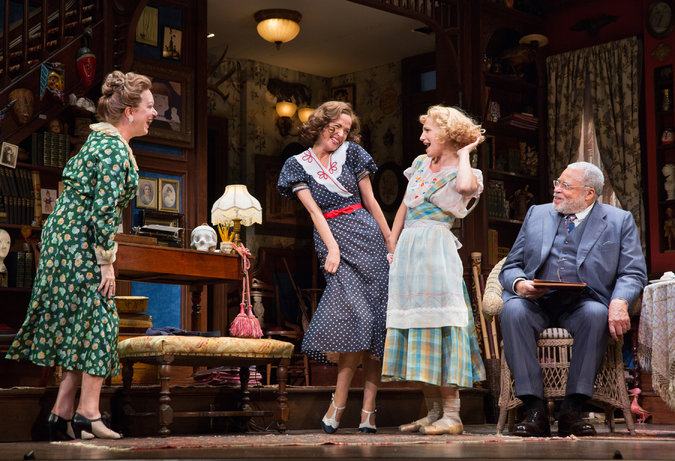 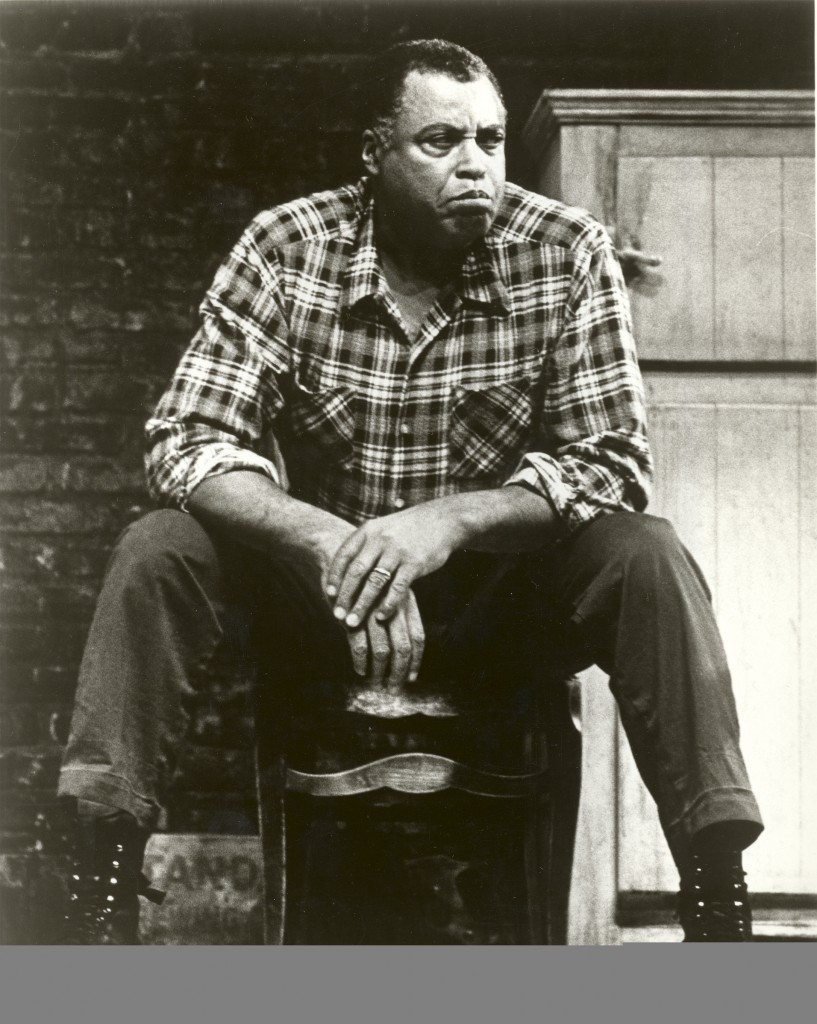 I was corresponding recently with a friend who’d worked at the Yale Rep in the late ‘80s and early ‘90s. He’d had the same reaction I did to the cast of the current Roundabout Theater revival of You Can’t It With You (at the Longacre; website here).

The show is overflowing with actors that either attended the Yale School of Drama, were in significant productions at the Yale Repertory Theatre, or both.

• James Earl Jones (Martin Vanderhof in You Can’t Take It With You) was in the Rep’s world premiere of Fence, having previously starred as Timon of Athens for the same director, Lloyd Richards, at the Rep in 1979.

• Kristin Nielsen (Penelope Sycamore) is a YSD grad who, years after graduating, was in Rep productions of Curse of the Starving Class and Betty’s Summer Vacation.

• Byron Jennings (Mr. Kirby) played the title roles in the Rep productions of Edward the Second in 1992 and Galileo in 1998.

• Johanna Day (Mrs. Kirby) was in the Rep’s world premiere production of Will Eno’s The Realistic Joneses in 2012.

• Mark Linn-Baker (Paul Sycamore) attended both Yale University and Yale School of Drama, and did some growing up in Wethersfield, Connecticut as well. He was in Rep shows back when the Rep was truly a repertory company, under Robert Brustein.

• Fran Kranz (Tony Kirby) was a Yale undergrad, class of ‘04. Annaleigh Ashford (Essie Sycamore) is not a YSD grad, but she is married to one, castmate Joe Tapper.

• Reg Rogers (Boris Kolenkhov) appeared in the George S. Kaufman/Edna Ferber opus Stage Door (a magnificent production, the thesis project for Mark Rucker) while at the Yale School of Drama, and returned to star in Rep shows such as Havel’s Largo Desolato, Perelman’s The Beauty Part, Beaumarchais/von Horvath’s Figaro/Figaro, Guare’s Landscape of the Body and Stoppard’s Rough Crossing.

• Julie Halston (Gay Wellington) was a regular at the Yale School of Drama-hosted summer Cabaret Conferences run by Erv Raible. She previously performed in New Haven as a special guest of the Connecticut Gay Men’s Chorus.

• Patrick Kerr (Mr. DePinna) is a YSD grad, had several small roles in the Paul Giamatti Hamlet of two seasons ago, and also appeared with Reg Rogers in Rough Crossing.

• Marc Damon Johnson was in the world premiere of Christina Anderson’s spooky drama Good Goods art Yale Rep in 20123 and distinguished himself elsewhere in plays by a couple of big deal playwrights who attended the Yale School of Drama, Marcus Gardley and Tarrell Alvin McCraney.

• Austin Durant (G-Man) is a recent YSD grad well remembered for his seasons at the Yale Summer Cabaret. He was in the all-black Death of a Salesman at the Rep.

• Joe Tapper (G-Man) is a YSD grad who was in Evan Yionoullis’ 2007 Yale Rep production of Shakespeare’s Richard II.

• Nick Corley (G-Man) was Lavatch in the 2006 Rep production of All’s Well That Ends Well that starred Kathleen Chalfant.

• Charles Turner (understudy) is a 1970 YSD grad who returned to the Rep to play Gloucester to Avery Brooks’ King Lear in 2004.

That leaves just Elizabeth Ashley (Grand Duchess Olga), Rose Byrne (Alice Sycamore), Will Brill (Ed) and Crystal Dickinson (Rheba), Karl Kenzler (Henderson) and understudies Ned Noyes and Barrett Doss without Yale connections (as far as I could determine, anyhow). I’m surprised Ashley doesn’t have any Yale credits; she has been in shows at the Long Wharf and Hartford Stage, not to mention pre-Broadway try-outs at the Shubert.

As for behind-the-scenes, the director (Scott Ellis) and most of the designers are Roundabout vets, not Yale Rep ones, but lighting designer Donald Holder studied with Jennifer Tipton at the Yale School of Drama. Among Holder’s Yale Rep lighting credits is the world premiere of August Wilson’s Radio Golf.

For the record, casting for You Can’t Take It With You was done by the Roundabout’s Director of Casting Jim Carnahan.

And note how many of these seasoned comic actors appeared at Yale in comparatively heavy dramas and Shakespearean tragedies.