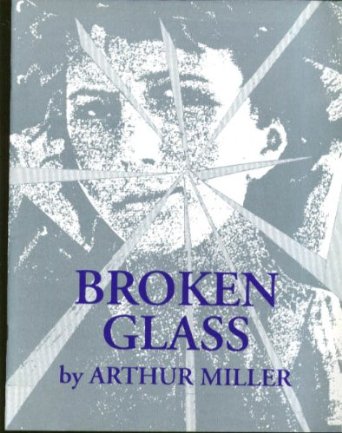 Got called out on Facebook by a longtime reader of my theater criticism, for my recent post about the Westport Country Playhouse season announcement. The WCP is doing Broken Glass, and I noted that “there’s a lot to recommend” about the play. The commenter, an old friend who worked at the Long Wharf Theatre when Broken Glass received its world premiere there in 1994, properly recalls that this was not my attitude back then. I don’t like to characterize my reviews as “positive” or “negative” (I write without stars or thumbs), but it’s abundantly true that I had serious issues with Broken Glass. Other critics were tough, but I was probably tougher. Hence, the accusation, goes, “a lot to recommend?” Me? Seriously?
To which I can only respond:
• I appear to have mellowed in my old age. Ha!
• The play was maddeningly incomplete at its world premiere. I saw it three times and saw three different endings. Whole scenes were jettisoned. It had already been published in book form, and that version was wildly at odds with the stage premiere.
• The Long Wharf production was at least as big a problem as the script. The male lead, Ron Silver, had major trouble learning his lines, and in any case left the production before it went to New York. The production style was florid and melodramatic. Pacing was erratic, casting uneven.
• Context counts for something. What we didn’t know in 1994 is that Broken Glass would be the best thing Arthur Miller wrote in the last ten (some might say 20 or 30) years of his career.
• There’s a lot to recommend about Broken Glass. There, I said it again. I think the Westport audience will dig it. It’s a meaningful choice, at a meaningful time. Mainly, it’s not another by-the-numbers revival of The Crucible, Death of a Salesman or All My Sons. I’m genuinely excited to see the play again. Maybe I’ll have as much trouble with the Westport rendition as I did with the Long Wharf one, but it’s still worth recommending. Hell, even with all my complaints back then, I still insisted that people go and see Broken Glass at the Long Wharf. It wasn’t something to dismiss. It was worthy of extensive debate, and I think I wrote three consecutive columns about it in the New Haven Advocate.

There. Didn’t want you to think I was backpedaling or revisionizing. Just optimistic, that’s all.