We Fight We Die 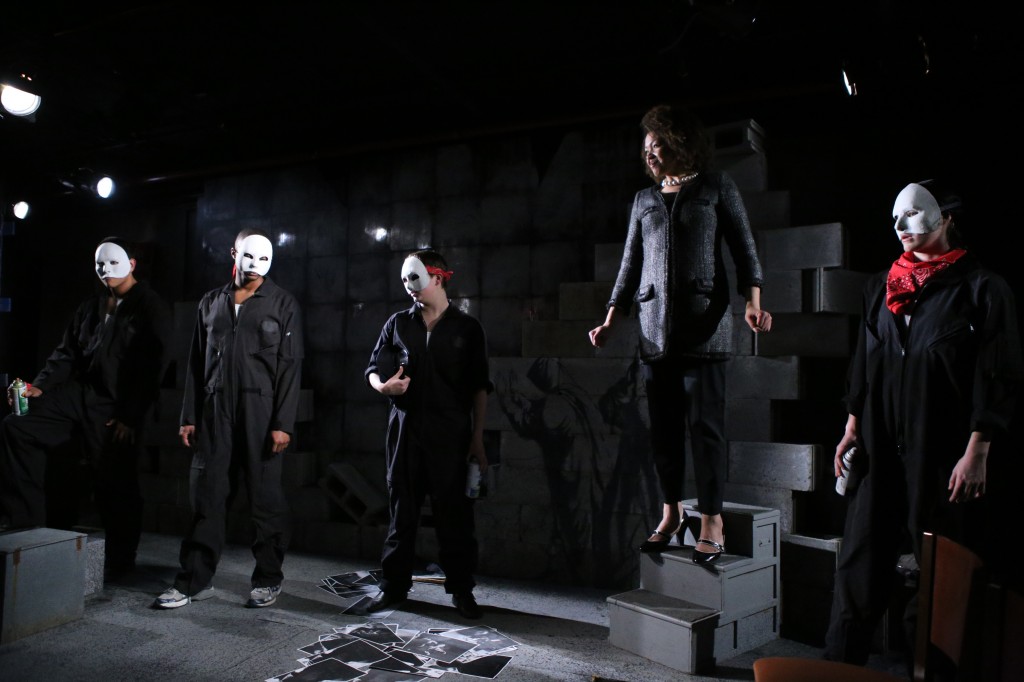 We Fight We Die, however, is very much a play. Though artwork is paramount in it—a visual image is what concludes the show, and there are lively projections of art throughout—this is not at all a performance art piece.

We Fight We Die revolves around a young man named Q, who is praised for his Godlike talents as a wall-tagging street artist, yet runs afoul of a pesky mortal, a mayor who wants to convert Q’s mischievous creations to serve the common good. Q also has someone he’s sworn to protect, who becomes a pawn in the battle between the maverick artist and the culture-exploiting administrator.

There’s a masked Greek chorus of streetfolk and steadfast citizens. Scenes of Q languishing in a jail cell are contrasted with the freedom he experiences when practicing his art. In this spirited role, Julian Elijah Martinez literally dances for joy as he wields his spray cans. As his sidekick Wits, Bradley Tejeda provides both pathos and comic relief. Chalia La Tour plays the mayor as something short of outright evil, but threatening in how she wields her power while being essentially clueless about what she’s asking Q to give up if he joins her “cooperative art” crusade to beautify the city.

We Fight We Die raises some important issues about self-expression and social pressure. Some of these statements come off as overstated or clichéd, but no more so than in, say, an Ibsen play. What won we over was how the art helped fuel the action—quality art, where it doesn’t strain credulity when characters say it’s powerful—but how mainly the action helped fuel the action. This was an intense, classically composed drama, an updated Euripidean struggle of identity and social responsibility. Worth fighting for.