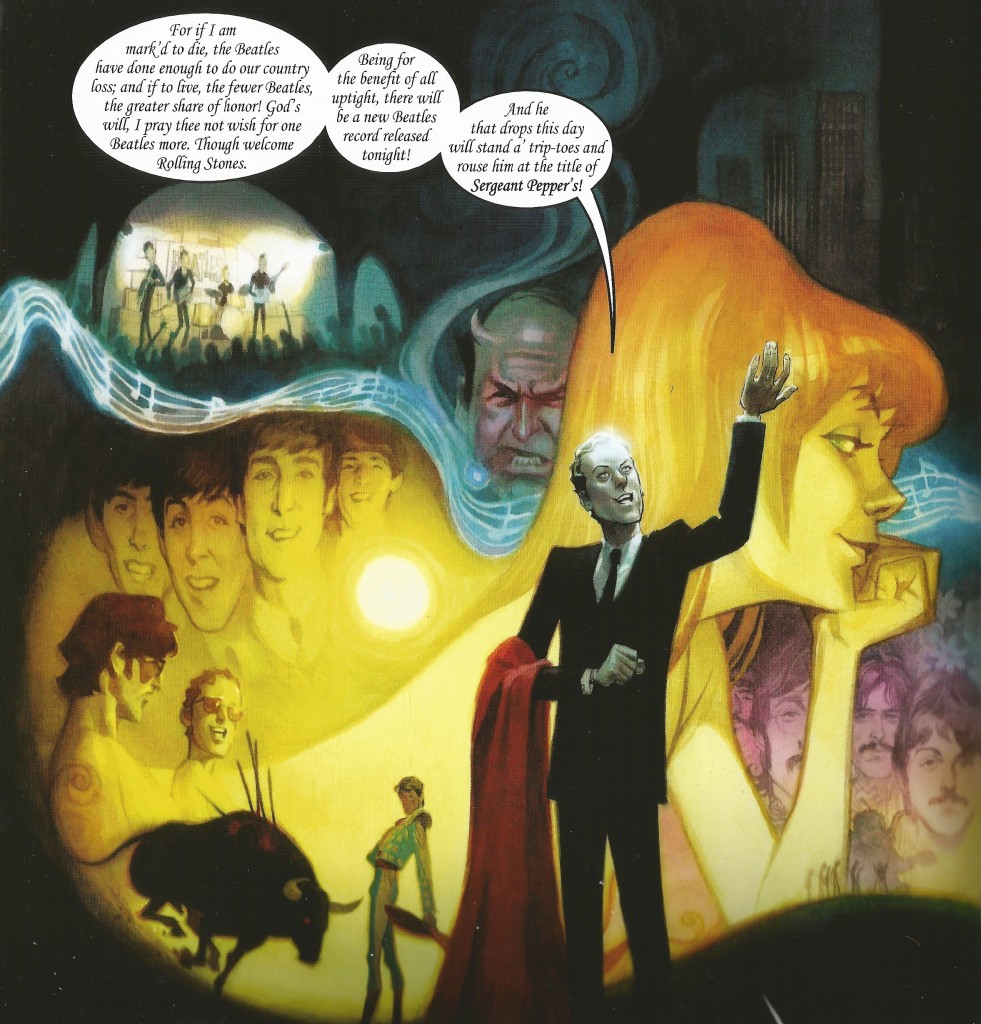 These Paper Bullets! (at Yale Rep through April 5) ain’t the only Shakespeare/Beatles blend out in the world right now. Towards the end of the graphic non-fiction narrative The Fifth Beatle—The Brian Epstein Story by Vivek J. Tiwary, Andrew C. Robinson and Kyle Baker, Epstein suddenly starts paraphrasing Henry V. (He also summons up Noel Coward, but that’s a whole other theatrical tangent.) The book’s a gorgeous retelling of the Beatles’ rise to success, from the perspective of their manager. It doesn’t shy away from topics which often get downplayed when Epstein is written about: his sexuality, his drug use, his depressive tendencies, and his alleged mishandling of merchandising deals early in the band’s ascension. The comics medium is ideal for showing Epstein to be both human and superheroic. Not to mention Shakespearean.