Bound to Burn is bound by quite a few things, but it does smolder enough times to justify its hyperemotional theatrical existence.

This textless, danced-through piece tells several different relationship stories—a married couple in which the wife is described (in the program credits) as “the breadwinner”; a gay hook-up in which one of the men is apparently a prostitute; and “a free spirit” and “her heart.” All the couples are established with romantic, athletic dance duets which range from waltzes to backward somersaults. Later on, solos and trios and ensemble routines are added to the mix. Lots of outstretched arms and longing hugs. 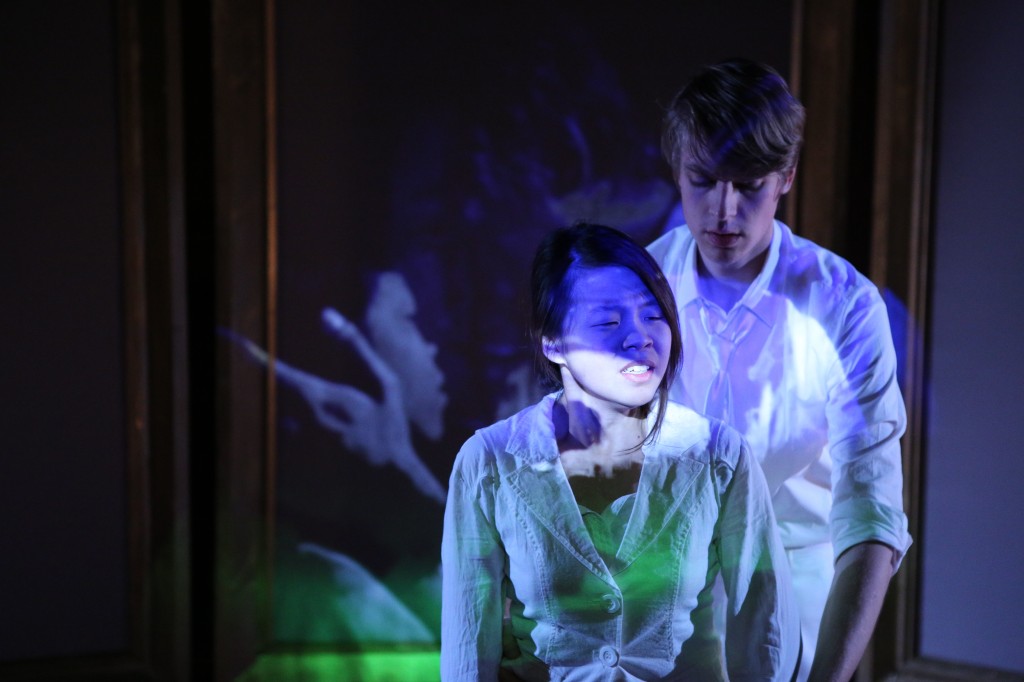 The lovers dance to modern indie love songs played out in their entirety. The playlist includes The Civil Wars, Jason Walker, Snow Patrol, Sara Bareilles, Stateless, Plumb and SafetySuit. If you know these artists, you know these are largely stripped-down yet still lush emotional yearnings, centered around long sustained piano chords. These are not Fred & Ginger “Face the Music and Dance” affairs, nor are they modern musical theater love frenzies. They are glides in the moonlight. A date play for couples who need more intimacy than they’d find at a dance club. A date play, that is, were it not for the fact that all the relationships in the show seem to end badly, with crying and isolation and red scarves marking dramatic suicide attempts.

The main risk being taken here, I’d argue, is not the wordless-movement piece aspect. It’s the rigidity of having to scale those dances to full-length pop music pieces. Bound to Burn deals with that imposition pretty well, with constantly changing projections augmenting the human drama inherent in the dances, and the added welcome distraction of graffiti scrawled all over the painted-red floors and walls: “I’m not in love.” “I wish I weren’t always so ugly.” “Wish you were here.” “I’m allergic to you.” “How?” “(NO) MORE.” “Calm down,” “Breathe,” the Dan Savage bromide “It gets better,” etc. etc. 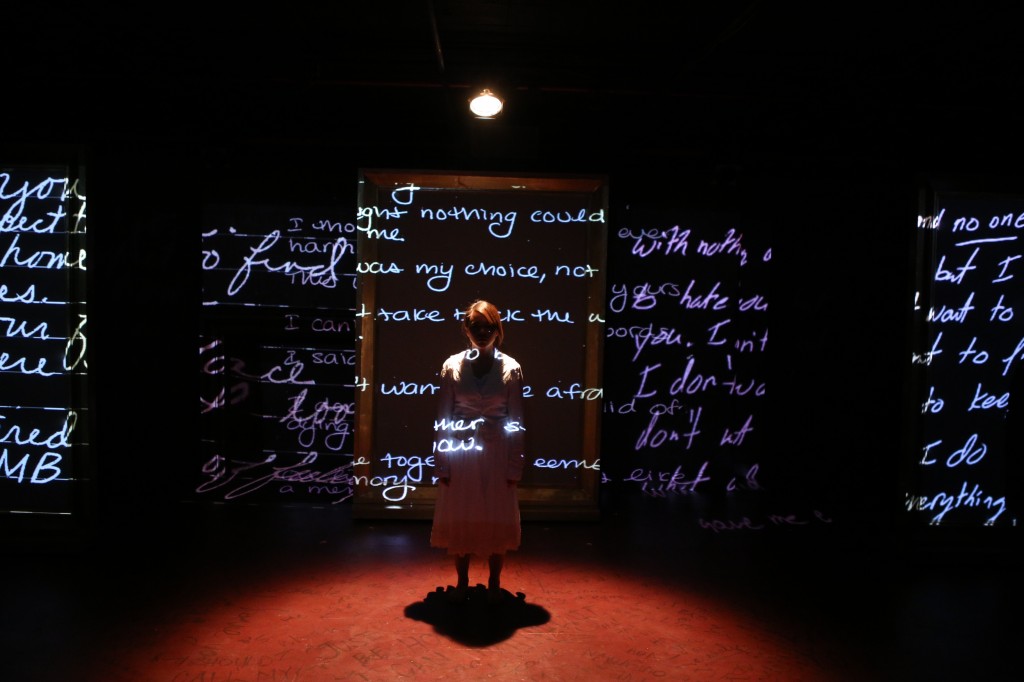 Did I say date play? No. A prime audience for Bound to Burn would be quiet, sensitive teen girls who spend Friday nights alone in their rooms writing poetry. Or 20somethings still reeling from having lost their first love. I can’t say the show spoke to me—the music’s nice enough, but strains the support the slight storylines, and I’d have to be a more unsettled and desperate soul to find solace in these relationship tales. But I remember a time in my life, many years ago, when Bound to Burn would’ve been very meaningful to me, and I hope those who need an earnest poetic musing on contemporary romantic are able to find this defiant, atypical, untalky and youth-oriented piece at the Yale Cabaret.