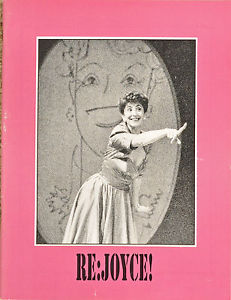 Another BBC broadcast post. Should make this a regular feature. I certainly listen to enough of ‘em.

Longtime Long Wharf theatergoers might remember a curious mainstage show in 1990 called Re:Joyce, which arrived at the height of then-artistic-director Arvin Brown’s Anglophile phase. Re:Joyce featured Maureen Lipman impersonating the great British theater monologuist and writer Joyce Grenfell—for U.S. audiences who had no idea who Grenfell was. As I recall, the show was undermined by the amount of time spent recapping Grenfell’s life story and explaining why she was important, with as many dumbed-down British reference points as possible. All this patter detracted unnecessarily from Grenfell’s very fine monologues, and Lipman’s fine performances of them. It was one of the most egregious lessons of “Show, don’t tell” I’ve ever seen at a professional theater.

Hats Off is a BBC radio program where Lipman does Grenfell without the need for biographical backmatter. It’s pretty cool that the BBC broadcasts Maureen Lipman begin Joyce Grenfell, since the network has hours of Joyce Grenfell being Joyce Grenfell doing some of the same material.

The first series of Hats Off was devoted to Grenfell’s poetry. The second series has a broader range, with lengthy monologues, and is much more interesting from an acting/interpreting level. The characters are diverse, from stuffy old ladies to earthy Americans with Southern accents. In updating the bits for modern audiences, Lipman has a terrific instinct for which ones she should underplay and which she should punch up a bit. For all her charm, Grenfell often came off as a haughty, highborn old lady. Lipman’s a lot earthier. Some of the routines sound younger and snarkier than they are, like the one about the woman who’s scandalized that her son has started going to church.

Hats Off airs Wednesdays on BBC Radio 4. After each episode first airs on the online station, it can be found online for a week afterwards. Hats Off is here.