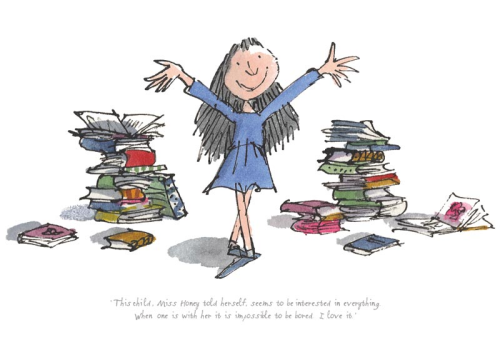 I threw this tidbit into a review for the New Haven Independent weeks ago, but hadn’t yet posted it here. The Shubert Theater in New Haven—which hasn’t yet released its full Broadway series line-up for 2014-15—will host the first stop on the national tour of the musical Matilda in May 2015.

The Shubert’s been crowing about the Matilda booking for weeks. There are several big posters in the lobby about it, and subscribers are getting excited. But it’s even better news for those who conduct economic impact studies and like to lure artists to the city for weeks on end.

See, the Matilda tour will be built and rehearsed at the theater. This is the modern corollary of the Shubert’s storied past as a haven for pre-Broadway try-outs. Now the Shubert’s a convenient and affordable place to forge a show’s future after it’s been on Broadway.

Among the national tours built at the Shubert in recent years: Jersey Boys, Hair and Bring It On. Like Jersey Boys, the Shubert performances will apparently be called “pre-tour” tech rehearsals or somesuch. It seems that the official launch of the tour is at the Ahmanson Theatre in Los Angeles.

The only thing the Shubert is building this May is itself. The theater’s closing next month for extensive renovations. That work, which will transform the mezzanine lobby into a new small performance space and revise the building’s façade, will take five months or so. The Shubert will open again in October, just in time to mark the 100th anniversary of the theater’s 1914 grand opening.