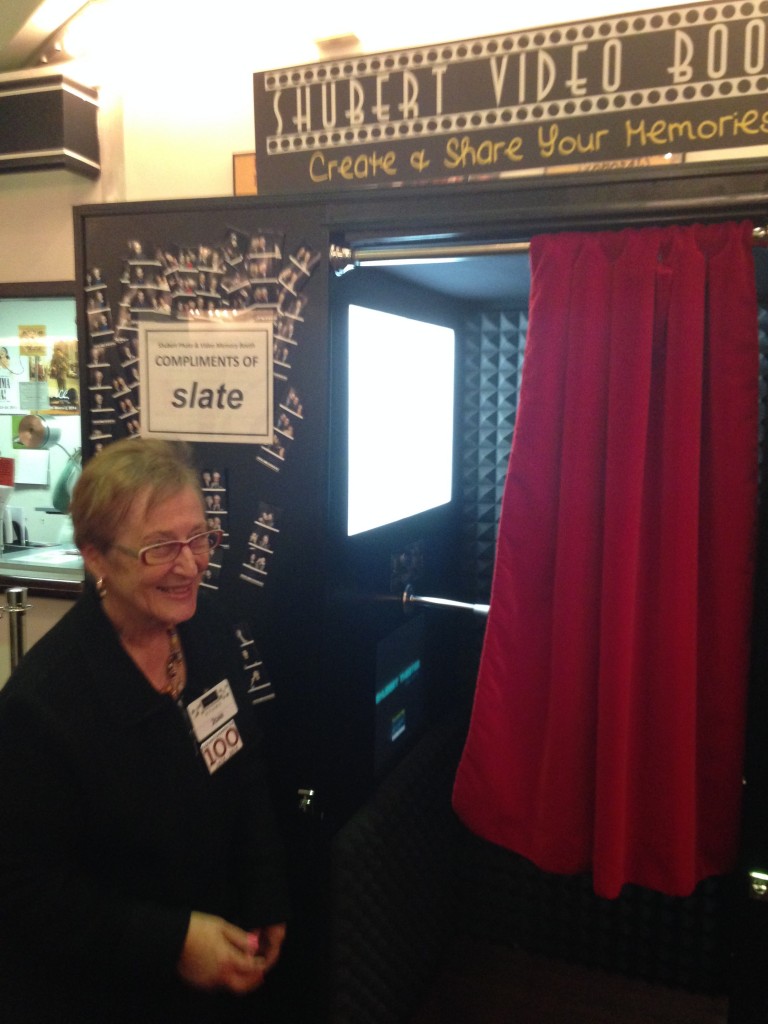 If live theater is considered an archaic form of entertainment by, say, film fans, what are we to make of old-fashioned photography where you get to hold the pictures in your hands and not save them digitally on your phone?

The Shubert has installed a photo booth in its lobby. It’s a charming addition, especially since ushers have been assigned to guide you through the process. You sit in the booth, lights flash, and out come photos of you sitting in the booth. The photos are marked with a Shubert logo at the bottom. And they’re free!

Oh, I know you can find photo booths at cineplexes and the mall, but it’s so goshdarn quaint and old-fashioned when it’s at the Shubert. My daughter and I had our pictures taken during intermission at the 1940s big band revue In the Mood last Saturday, and it felt like we’d wandered into a bygone nickelodeon arcade.