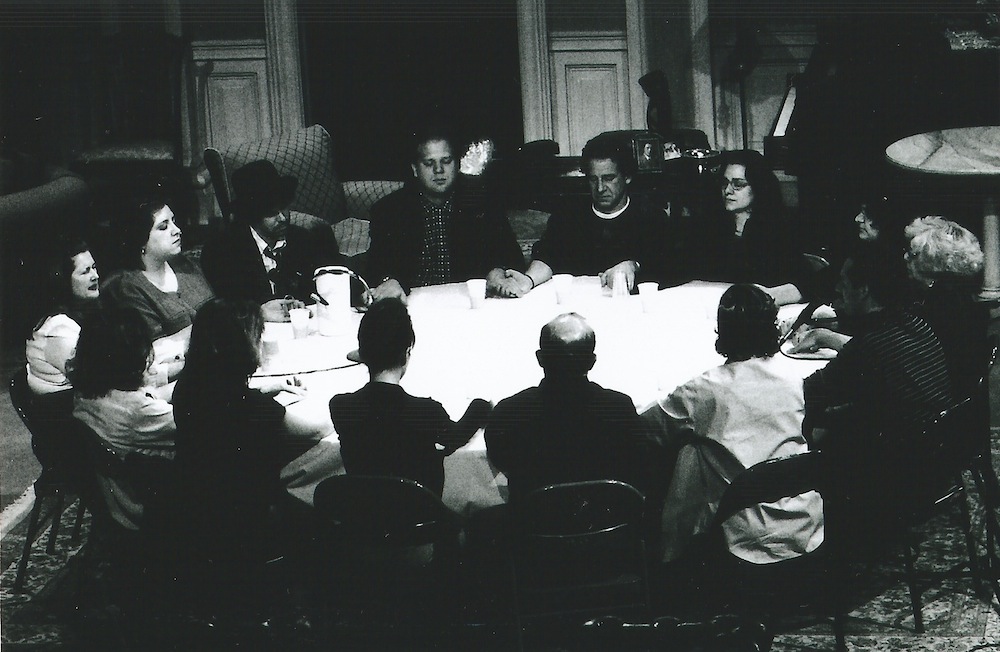 I’ve just found these old photos from a séance held in April 1998 on the stage of the Long Wharf Theatre. It was a special event held during the run of (what else?) Noel Coward’s Blithe Spirit.

The production was directed by John Tillinger and starred Michel Gill and Jayne Atkinson (the married thespians who can be seen these days as the President of the United States and the Secretary of State, respectively, on the Netflix series House of Cards), Maggie Welsh as Elvira, Pamela Payton-Wright as Madame Arcati, Tim Donoghue,  Sarah Peterson and Seana Kofoed.

Many of those actors can be seen sitting around this gigantic séance table, which completely obliterates Michael Yeargan’s wondrous set design. I’m there too, in a treasured high-crown bowler hat, one of a couple of local media personalities invited to this spiritual shindig. I believe the guy sitting next to me is Glenn Beck, who was a morning talk radio host on KC101-FM in those days. Years before he became known for his convoluted conspiracy theories, Glenn Beck was helping summon ghostly voices from beyond.

I know who the woman leading the séance is, because she mentions it in a book she wrote, Connecticut Ghosts. Her name is Elaine Kuzmeskus, and I remember the night as being rather eerie. Ms. Kuzmeskus clearly mistook me for one of the actors in the play, which led to a string of awkward comments from her based on that mistaken premise. So it was all the more remarkable when she read my aura (or whatever) and proclaimed “But what you really want to do is write. You want to be a writer, don’t you?” 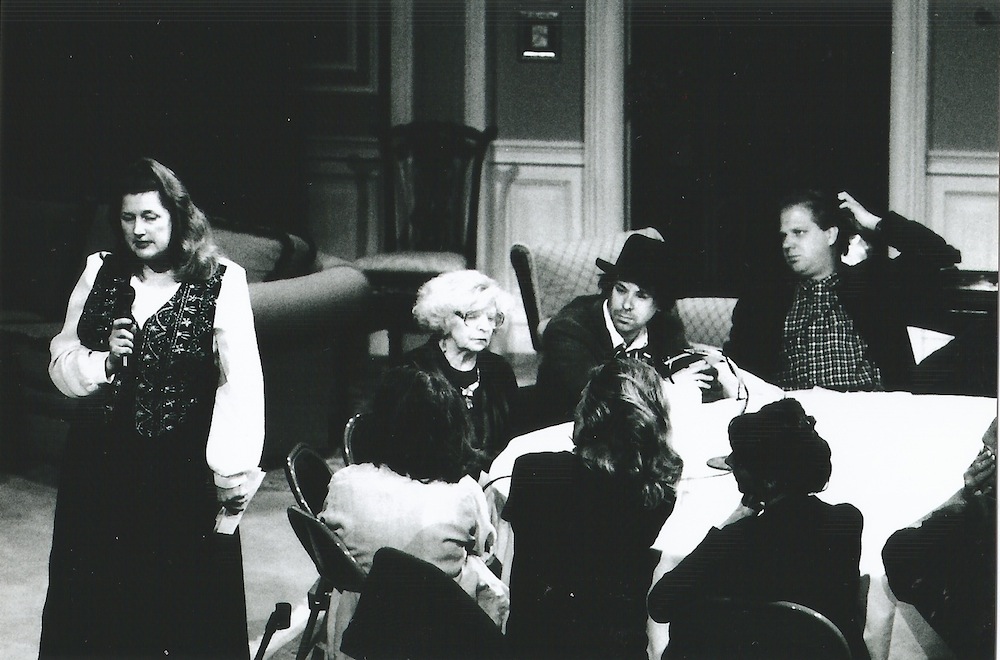 Elaine Kuzmeskus was much more successful than a fortune teller the Long Wharf had enlisted for Blithe Spirit’s opening night party. (Those were the days! Two spiritualist events for a single production!) That woman had a little canopy set up amid the cocktails and refreshments. She read my palm and confidently announced that I was married (I wouldn’t be for a couple more years) and loved to drive (I’ve never driven). Blithe indeed. 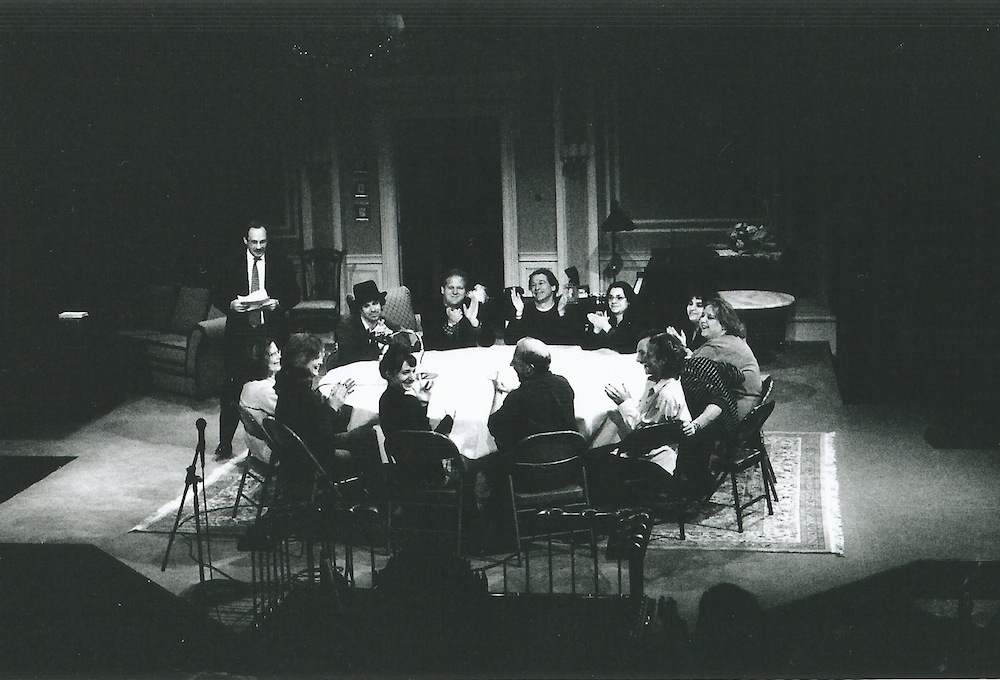