Every year at Christmastime I treat myself to the latest two-volume box set of The Complete Peanuts. Fantagraphics Books has been issuing installments of  this “definitive collection of Charles M. Schulz’s comic strip masterpiece” for a decade now, at the rate of two anthologies per year, each book collecting two years worth of Peanuts strips in chronological order. Each book also includes a short essay by a different famous author/Peanuts fan.

The 1987-88 collection is especially delightful. The intro is by Garry Trudeau, who deems Peanuts “the first (and still the best) postmodern comic strip.”

The book also rates a mention here at Theater Jerk for a sequence described on its back cover as “Sally’s bumpy career as a playwright.” 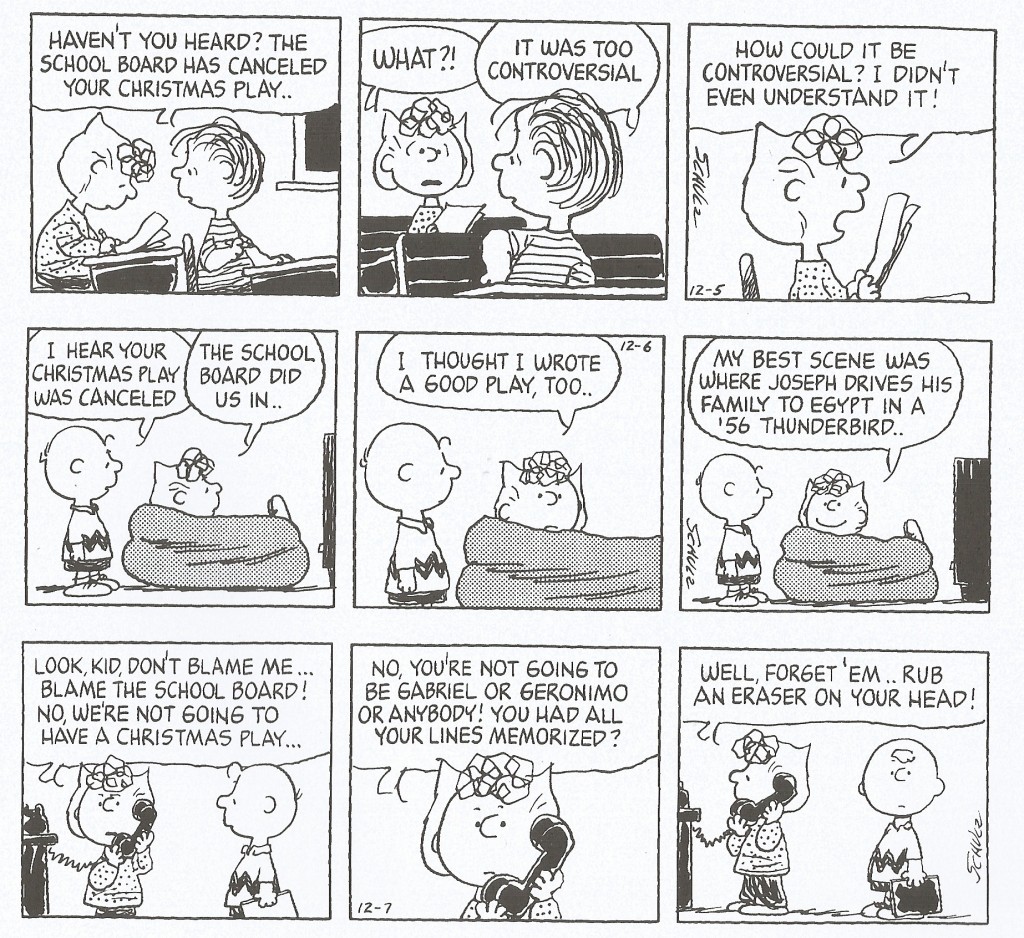 But that’s not Charlie Brown’s little sister’s only dramatic quandary. To wit:

These episodes can be added to an already illustrious series of theater jokes which can be found throughout Peanuts’ five decades of strips. Who can forget Sally’s big line in the Christmas pageant—“Hark!”—which she misspeaks as “Hockey Stick!” (Then Harold Angel sings.) In another pageant, Peppermint Patty is a sheep. Both those incidents were adapted for the TV cartoon special It’s Christmastime Again, Charlie Brown, which can be found on a DVD alongside A Charlie Brown Christmas, which of course features Charlie Brown as a stage director.

The Complete Peanuts series is available from Fantagraphics Books, here.