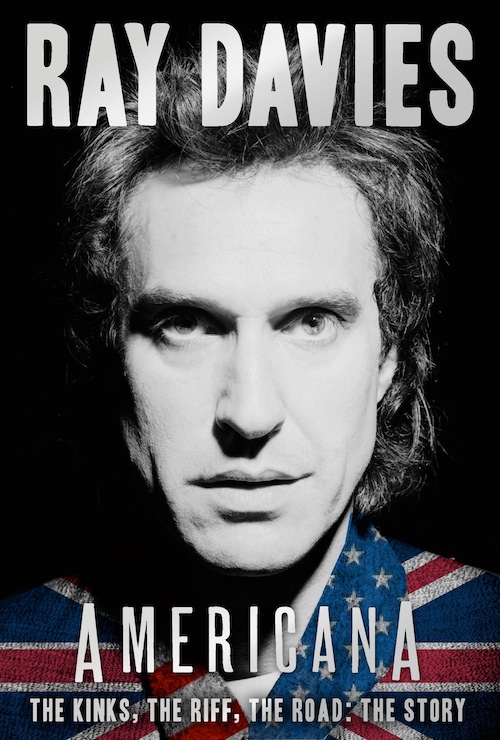 In Ray Davies’ new book Americana, his first published memoir since X-Ray in 2007, we learn a bit about some of the theater projects he developed, both as a solo artist and as the leader of the Kinks.

One was a musical, Come Dancing, which Andrew Lloyd Webber’s production company had expressed an interest in. It did get workshopped, at the National Theatre.

For their 1971 U.S. tour touting the brilliant concept album Muswell Hillbillies (a prescient dose of Americana music long before that genre had been coined), the kinks were accompanied by violinist David Sewall, a Connecticut resident known for his theatrical hi-jinks on TV talk shows. Sewall delivered opera arias and wild classical fiddling at the flip of a tuxedo tail.

Davies’ love of the theater, from music hall to serious drama, changed the shape of the band he’d started as a teenager. At the turn of the 1970s, he writes, “I sat down with my brother Dave, and said that the only reason I would keep going is if I could get off the rock and roll treadmill to do the rock and theater concept shows that I always wanted to perform. I saw the theatrical aspect of what I was writing to be important to the band’s evolution.”

This leads to a most useful description of The Kinks’ elaborate tour of their multi-part rock opera Preservation Act. Preservation Act One debuted, as a full set distinct from a greatest-hits revue earlier in the same concert, at Colgate University in New York State November 1974. Davies remembers it as a rousing, jaw-dropping success that had an immediate influence on other touring rock acts. “When the show reached its climax there was a hushed hall, and then rapturous applause. We had created something new, and despite our madcap antics on stage, it was totally original. As words about the show spread, other acts, including Pink Floyd and Alice Cooper, began using similar theatrical devices in their own shows.”

Later Kinks concept albums also got the theatrical treatment. Soap Opera originally started as an “‘experimental’ musical play” for Grenada television, and Davies notes that “theatrical insiders who came to the show said that had Schoolboys in Disgrace [a continuation of some of the Preservation Act characters] run on Broadway it would have been nominated for—and undoubtedly won—a Tony Award.”

The Americana book jumps around a lot, from the ‘70s into the 21st century. It finds room for Davies’ 1988 musical adaptation of Around the World in 80 Days, which was commissioned for Des McAnuff’ s LaJolla playhouse. Davies mentions how listening to one of his demos for that show, “Passing Through,” gave him the realization that he could himself could be a more passionate person, and caused him to drop all his work and fly back to England top attend the funeral of his mother, who’d just died.

He proudly quotes lots of lyrics from the show, then explains that 80 Days got “fine reviews when it opened. It almost transferred to Broadway, but as is so often the case, the producers decided not to take 80 Days on straightaway and then the show was shelved indefinitely. It was simply not ready for the next move and needed another workshop to get in shape. My only consolation was that Randy Graff [whose praises Davies sings for her ability in the role of Nelly Bly] went on to win a Tony for he performance in the next show she did.” (That would be City of Angels, in 1989).

Near the end of the book, Davies details how a series of concerts and book readings around the release of his first memoir X-Ray turned into the first episode of  VH-1’s Storytellers series, and then into a tour of small theaters. “The X-Ray shows were far from cabaret, though—they represented a total shift in my performance style. … Someone described my show as a breakthrough, a new kind of stand up comedy, a mixture of theatre and a concert. Other more cliched accolades included ‘unplugged’ and ‘unmissable.'” the performance was eventually retitled 20th Century Man and played of Broadway in 1996.”

Americana shows Ray Davies to be as much a man of the theater as he is a pop star. Wouldn’t this be a nice time for someone to give those Preservation Act, Schoolboys in Disgrace and Around the World in 80 Days scores another look?