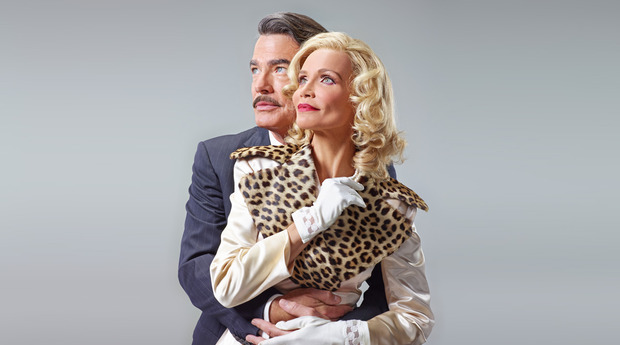 I’ve seen it, but it was in previews, so I will not even pretend to review. But can I just say what a thrill it is that On the Twentieth Century is getting a lavish Broadway revival starring Kristin Chenoweth and Peter Gallagher, with the expertly picked supporting cast of Mark McGrath, Mark Linn-Baker, Mary Louise Wilson and Andy (Rocky) Karl?

I was worried that losing one of its leads to sickness for a week might have chilled the buzz for the show. I just think that any revival of On the Twentieth Century is a big deal and should be treated that way. Also, that this is a particularly good one.

I was holding my breath, hoping that Ben Brantley and all the other Broadway arbiters would see what I saw and let this revival be a hit. I can exhale now. Brantley nailed it when he called the revival “lavishly appointed” and wrote at length about the nuances of grandness.

I brought my 12-year-old daughter Mabel to On the Twentieth Century about a month ago. Good timing, I guess; Gallagher got sick shortly afterwards and the Saturday performance had to be cancelled. Half-price tix were at the TKTS booth, and though shows she was familiar with from movies or soundtrack albums (On the Town, Mamma Mia) were on the board too, Mabel admirably chose On the 20th Century based on her admiration of Chenoweth, whose work she knows from Glee, the DVD of a concert version of Candide and old YouTube clips of You’re a Good Man, Charlie Brown.

Me, I’m a lifelong Ben Hecht (and to a lesser degree Charles MacArthur) fan. I have dozens of early editions of Hecht books which I reread on a regular basis. On the 20th Century began as a play—a play by somebody else in fact, an unproduced script called Napoleon of Broadway by Charles Bruce Millholland which Hecht and MacArthur jazzed up into a screwball comedy. Twentieth Century (named for the cross-country passenger that serves as its main setting) was part of a string of Hecht hits that began in 1928 with the original stage version of The Front Page and became multi-media as Hecht conquered Hollywood with Underworld in 1927 and Scarface in 1931; the hit movie version of On the Twentieth Century, starring John Barrymore and Carole Lombard, happened in ’32. The plot pits legit theater types against motion picture types, and plays well in both formats.

I remember the Boston try-outs of On the Twentieth Century in 1978, with Madeleine Kahn and John Cullum, a career-making supporting role for Kevin Kline, and the immortal Imogen Coca as Mrs. Primrose (a character which gains immeasurably from being old and female, rather than the more conventional male “nut” Mr. Clark in the original play). The only other time I’ve seen the show, until now, is the Goodspeed Opera House production in 2000 starring Mark Jacoby and Donna English.

You can buy a download of the movie of Twentieth Century on Amazon, but DVDs of the film are shockingly rare. A revised-for-radio version was broadcast on Campbell Playhouse (aka Mercury Theater on the Air) in 1939 starring Orson Welles, Elissa Landi and Sam Levene; you can hear that easily here.

Like a lot of plays that later became musicals (Pygmalion, Merrily We Roll Along, Chicago, Sweeney Todd), the original theater version of Twentieth Century hardly ever gets done. A Broadway revival of the Hecht-MacArthur script, unnecessarily overhauled by Ken Ludwig and starring Alec Baldwin and Anne Heche in 2004, played at the same American Airlines theater where On the Twentieth Century is now. It got mixed reviews and though this revised non-musical version is still readily available in the Samuel French catalogue, it hasn’t done much to further the play’s reputation. Ludwig’s version And On the Twentieth Century is such an old-school lavish musical, requiring some opera-quality vocalists and a corps of topflight tap dancers, that it doesn’t get done all that much either.

Main reason for a revival now? Kristin Chenoweth. Cy Coleman’s choice to make On the Twentieth Century a challenging operetta means that you don’t revive it lightly; you need to know who’s on board as Lily Garland. 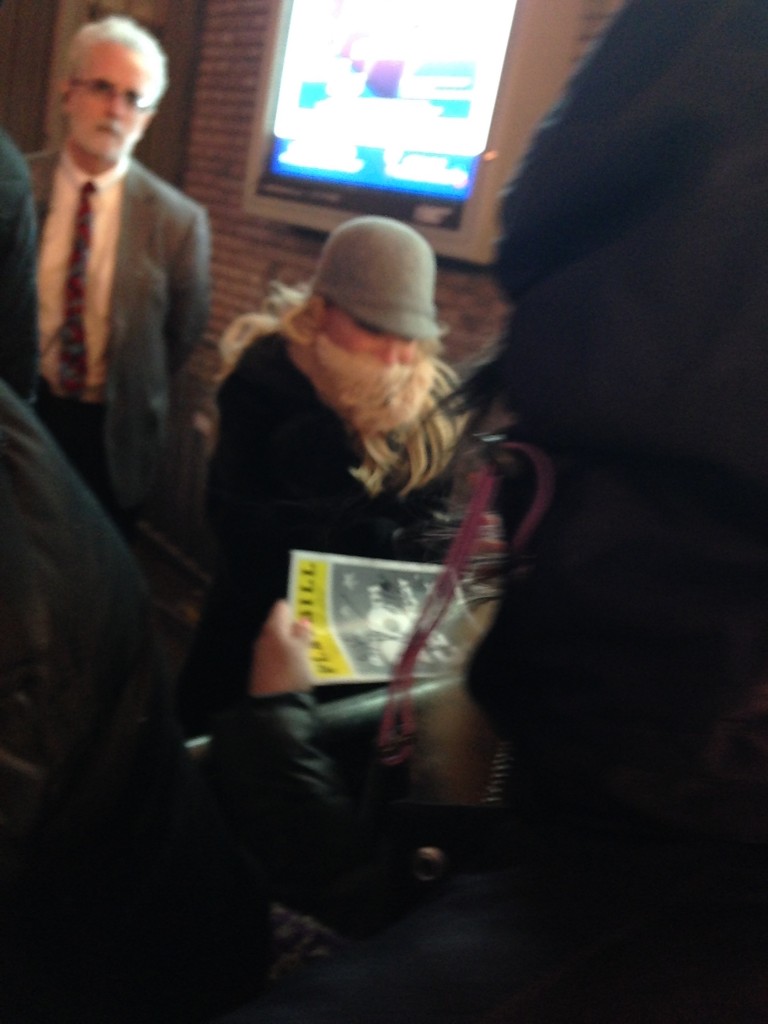 Like I said, I’m not reviewing this show, unless I happen to see it again now that it’s opened. Really curious if it will outlast its scheduled ten-week Roundabout Theatre run and stay on Broadway. Curious who else could do the Lily Garland role after Chenoweth. Really want it to tour.

Mostly just happy that this show can be seen and appreciated again, and that Ben Hecht’s name is back on a Broadway theater marquee.