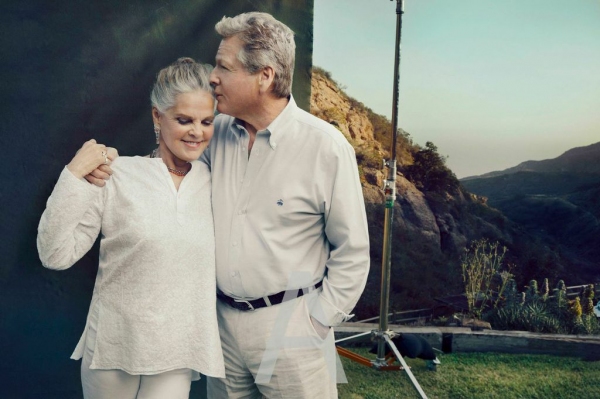 OK. Two of the most prominent presentation houses in the state have announced their 2015-16 seasons and neither of them apparently have given a tumble to the tours of If/Then, Aladdin, Beautiful, First Date the Musical, Bridges of Madison County, the Webber/Rice-augmented Wizard of Oz or two shows that succeeded in Connecticut before New York, A Gentleman’s Guide to Love & Murder and The Sound of Music. Actually, each theater has one TBA on the list, so a couple of these shows may yet appear.

As for the ones already chosen, well, good job. There’s not a whole lot out there this year, and the Bushnell and Shubert have bagged what appears to be the best of what’s available.

The Shubert has set all but one show of its 2015-16 season. There’s nothing there that brings especial bragging rights, like this season’s first look at the Matilda tour. Everything on the slate has played the Bushnell in Connecticut already, or the Shubert itself. Still, it’s a fun, balanced season:

Oct. 13-18: The Book of Mormon. New Haven needs this show. It’ll particularly appeal to the downtown regional/college theater crowd. Plus, if this makes a difference, there’s always Mormon handing out books on New Haven Green a block from the Shubert.

Nov. 11-15: I Love Lucy Live On Stage, which played the Garde Center in New London earlier this month. There’s a staging gimmick: the show acts as if I Love Lucy, with impersonators of the original stars, is taping two episodes before a live studio audience. It actually looks pretty cool, and is a good size for the Shubert.

Jan. 29-31: Once, which played the Shubert to great acclaim last year and will be at the Bushnell this May. Again, a good fit for the relatively intimate Shubert.

March 29-April 3: Annie, a new tour of a show the Shubert has hosted numerous times, and one which will help remove the bad taste of the recent Annie film. By the way, the tour’s directed by Martin Charnin, co-author of the Annie book and a regular presence at the Goodspeed Opera House for years after Annie began there. We can safely assume this is a more traditional production than the 2012 Broadway revival directed by James Lapine.

May 3-8: Jersey Boys, which the Shubert has already had twice: in a short “dress rehearsal” run of the show’s first national tour, and for a longer-than-usual run last year. The underwhelming Eastwood film version could not kill the stage show’s momentum.

June 8-12: Kinky Boots, which the Bushnell has already had, and which gets a rather late berth in the Shubert Broadway series, happening after the colleges have already gotten out and just days before the Arts & Ideas festival happens.

The Bushnell, similarly, has revealed six of the seven shows in its own Broadway series:

Sept. 22-27: The Ilusionists. National tour of prestidigitators and escapologists, with goth and steampunk stylings.

Oct. 13-18: Newsies, which came to the Waterbury Palace last year while the show was still on Broadway. Now it’s a big regional deal, and will still seem fresh in Hartford this fall.

Jan. 12-17: Cinderella. The Douglas Carter Beane reworking of the Rodgers & Hammerstein classic which older folks like us know from its TV origins (I’m part of the much-rerun ‘60s Lesley Ann Warren era, but there are those who saw Julie Andrews do it on CBS in 1957). The musical has had stage variations  since within a few years of its first broadcast, and a national tour came to the Oakdale in Connecticut in December of 2000. The musical was also one of the pieces of Bill Rauch’s metashow Medea/Macbeth/Cinderella at the Yale Rep in 2002.

Feb. 9-16: Love Letters. That rare thing these days, a non-musical tour. The epistolary A.R. Gurney is attractive to celebrities because the play’s read aloud rather than memorized. This tour features Ali McGraw and Ryan O’Neal, co-stars of the movie classic Love Story. This may prove confusing to those thinking Love Letters is a Love Story sequel, since in the play both characters live to an advanced age. The play had its world premiere in Connecticut, at the Long Wharf Theater in 1988.

March 22-27: Motown the Musical. The Broadway jukebox show, which I’m sure we’ll be seeing tours of every year at Connecticut theaters for decades to come. Get used to it—it touches on over five dozen Motown hits, from “Please Mr. Postman” to “I Hear a Symphony.” An easy sell.

May 24-29: Dirty Dancing. This stage adaptation of the Patrick Swayze film began in Australia in 2004, was a huge hit in Europe and has already had a brief North American tour. This is a bigger coming-out party than that, playing over 30 cities.

Also theatrical and at the Bushnell, but outside its subscription Broadway series:

Oct. 30-Nov. 1: Mamma Mia. Never goes out of style, apparently. Fifth time at the Bushnell, and the Shubert’s had it several times as well.