I’ve been listening to what may be the worst-read audiobook I’ve ever heard.

Worst professionally narrated audiobook, I should qualify. Any audiobook junkie (and we are legion) has encountered severe misreadings among the myriad tomes read by amateurs and volunteers for the public-domain LibraVox project But those LibraVox folk are way too well-meaning and earnest to criticize. The passion for reading that you hear in their voices, the genuine interest in the prose they convey, makes up for any verbal missteps.

But those who do this professionally ought to be held to a different standard, just as amateur and professional theater companies are, or commercial vs. college radio. There should be enthusiasm and energy in both approaches, but the pros should be accountable for the sorts of mistakes which can take you out of the world of the book and spoil your enjoyment of the writer’s writings.

I listen rapt to Library of the World’s Best Mystery and Detective Stories. It’s so bad I can’t put it down. Scott Woodside is the Ed Wood Jr. of audiobook narrators.

Library of the World’s Best Mystery and Detective Stories is an anthology of over a dozen “mystery” stories compiled in 1907, before “mystery” and “detective fiction” were so deeply codified as there own literary subgenres. When readers bitch about this book, it’s because it’s not what they expect. The authors range from Apuleius and Pliny the Younger to Balzac and Voltaire. One of my favorite writers of all time, Auguste Villiers de Lisle-Adam, makes the cut. There are no well-known detectives in the collection, unless you’re familiar with Voltaire’s Babylonian busybody Zadig.

Many of the stories are set in France or Italy or ancient civilizations, and Woodside doesn’t even pretend that he can speak French. He Americanizes everything. “Monsieur” is pronounced “monn-shooer.” Place de Grabe comes out “Playce dee Grayb.” To Woodside, a small French coin is a “sow,” not a sou. The religious figure Zoroaster, usually pronounced like a masked crimefighter and The Thin Man’s dog, Zorro-Aster, is rendered like a cooking implement for Tibetan cattle: “zo-roaster.” Magi (as in potentate) is said “mag-eye.”

It is disarming to hear stories in which the lead characters seem to have trouble correctly saying the names of their closest friends, family members, hometowns and gods. Oh, you could argue that this is Fiction, and the names and places in these made-up stories may not necessarily coincide with those in the real world. But the awkwardness isn’t just in the mispronunciation. You can hear Woodside audibly stumble as he approaches a pronoun which he’s uncertain about. You sense the hesitation, then you hear him blow right on past, pronouncing the word in whatever way he occurs to him at that moment. Inanity is “in-ain-itty.” Dolorous is said like the woman’s name “Dolores.” Lissome is “Liss-OAM.” Bodice is “BOW-diss.”

Woodside reads in measured, rhythmic tones, as if he wants the text to scan like blank verse—or a Gilbert & Sullivan patter song. This leads to more mispronouncements, as well as more curious word-manglings, where Woodside puts undue emphases on words that aren’t calling out for emphasis.

After listening for  the World’s Best Mystery and Detective Stories for a few hours , I began to suspect that Scott Woodside was actually a machine—literally, one of those automatic computer reading devices like Kindle’s Text-to-Speech which converts text to cadenced human-like electronic speech. But having Googled him, I see that Scott Woodside is indeed a person, who runs his own recording studio in Georgia. His reading voice may well be technologically enhanced—sped up a little, modulated, pitched perhaps—but the small bursts of excitement, and those inconsistent mispronunciations, tip to his flesh-and-blood self. Besides, you can hear him breathe. I think that’s where those some of the strange scansion rhythms come in—it’s his reading/breathing pattern.

Still, no matter what I feel regarding his grasp of the meaning and pronunciation of the texts he recites, I don’t think Scott Woodside is in the wrong line of work. His interpretational skills leave much to be desired, but his voice is his fortune. It’s the voice of movie trailers and late-night TV infomercials and mid-20th century AM radio disk jockeys. It’s a matinee idol voice, with what they used to call “dulcet tones.” Scott Woodside continually makes mistakes, but he makes them clearly, projecting grandly. Even when he’s inexplicaby placing two short “a”s in amiability or two short “e’s in “negress.” (That latter one I found rather charming; how nice to have never before heard an offensive epithet, such that you don’t know how to say it).

So give Scott Woodside a listen. His voice has to be heard to be believed. But please, somebody get this guy a director and a dramaturg. 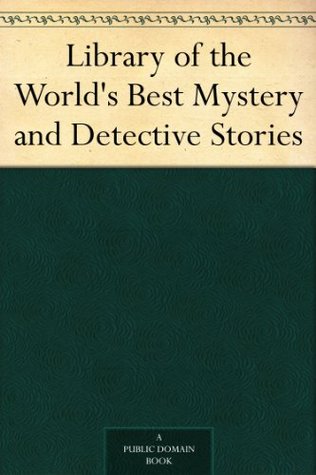