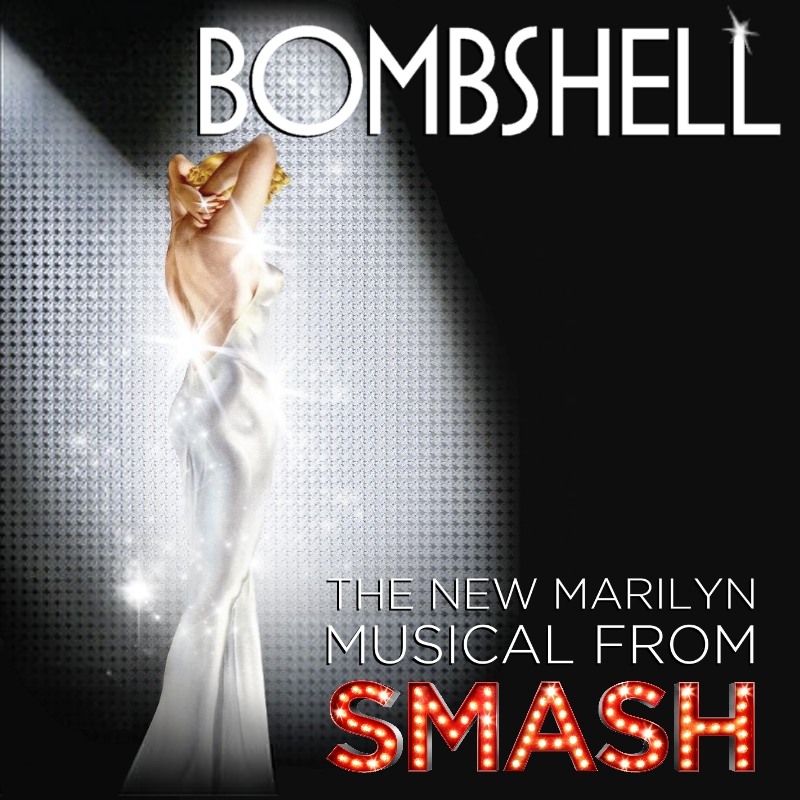 theatermania.com, broadwayworld.com and playbill.com all ran the news that Bombshell, the musical that fueled all the backstabbing action in the TV show Smash, is getting a concert staging in June, a one-night-only benefit for the Actors Fund. Only theatermania’s coverage thought to mention that an official Bombshell soundtrack album already exists. It was culled from the series and released in 2013. You can hear it for free if you’re an Amazon Prime Music member.

Hit List, the other Smash show, has already had its real-life concert version, two years ago this month. Hit List was more of a contemporary pop-type show, with songs by Drew Gasparini.

The Bombshell songs are of course by the Hairspray/Charlie & the Chocolate Factory/Catch Me If You Can/Fame Becomes Me duo of Marc Shaiman and Scott Wittman. (Independently, Wittman worked with Dame Edna Everage, while Shaiman was the arranger/accompanist for Saturday Night Live’s The Sweeney Sisters.) Shaiman & Wittman wrote several dozen songs for Smash and appeared in one of its final episodes.

Is a concert and an album really enough? When Smash launched, its executive producer Steven Spielberg suggested that one of the glories of the shows-within-a-show concept was that Smash could launch whole new musicals just like American Idol and The Voice launched singing careers.

The Bombshell songs are great. The real question, for fans of Smash, is what form the book (which chronicles the life of Marilyn Monroe) might take. Over the course of the Smash series, Bombshell was written, rewritten, dramaturged, misproduced and redirected into many different directions. Cobbling it back together in any cohesive form—even as brief dialogue set-ups for songs—seems daunting. Bombshell was also a musical where the lead actress (Ivy Lynn, played by Megan Hilty) was replaced by a chorus girl, Karen Cartwright (Katherine McPhee) during out-of-town previews, until Cartwright left the show pre-Broadway and Lynn was reinstated. Hilty and McPhee were shown being starkly different Marilyns.

But one thing’s for sure—whatever skilled character actor gets to do the Daryl Zanuck number “Don’t Say Yes Until I Finish Talking” (premiered on the TV show by Christian Borle) will bring the house down, especially since it’s a pompous-producer send-up that’ll now be done at an Actor’s Fund benefit.