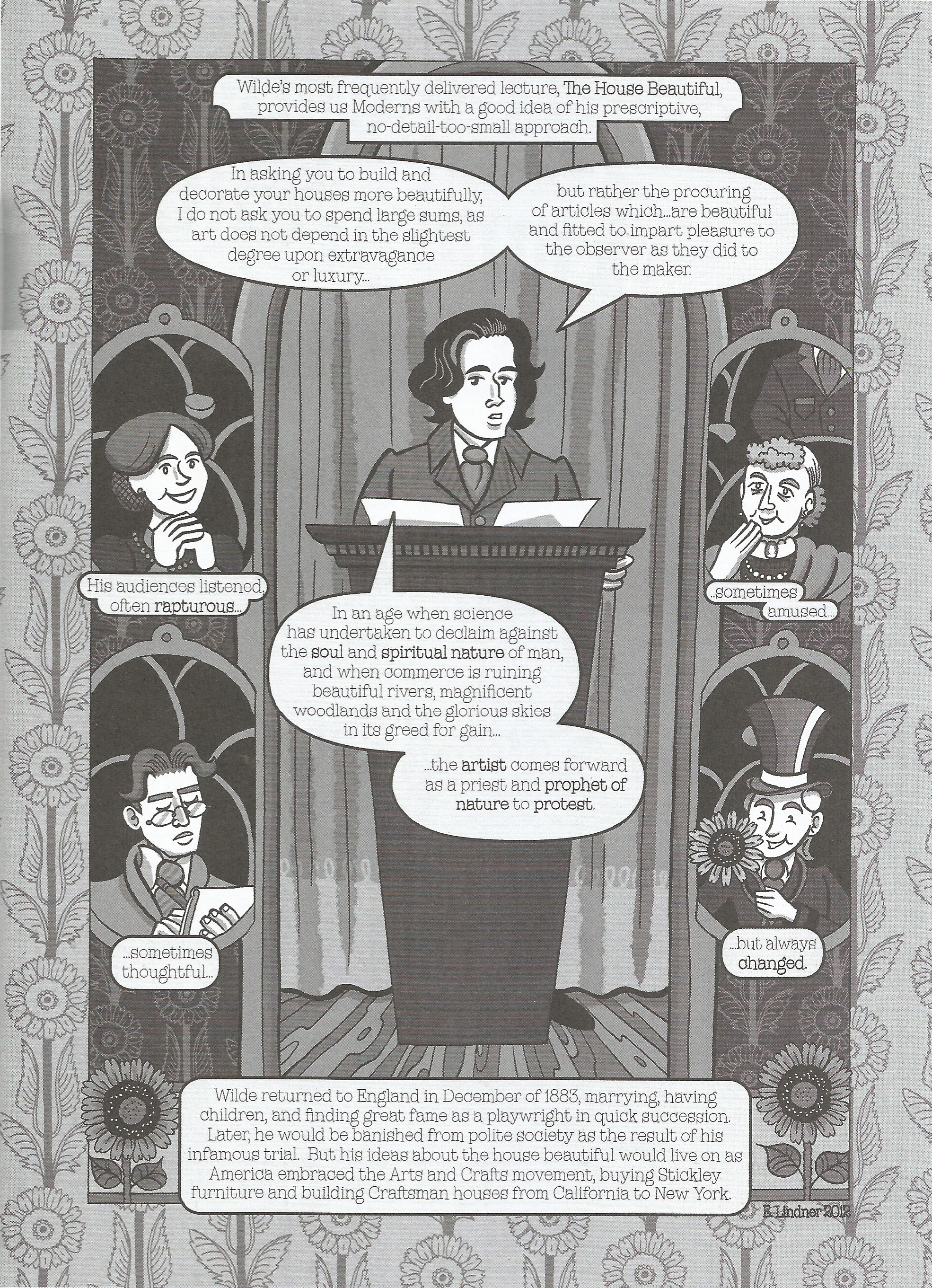 Here are some of the noted thespians who make the cut for Bohemians: A Graphic History, a great anthology of progressive arts and politics in the 20th century:

• Oscar Wilde, particularly his 1882 speaking tour of the United States.

• Alfred Stieglitz, Dadaists and others around when “Modern Art Arrives in America.”

• The Modicut Puppet Theater and other “Yiddish Bohemians.” This chapter is drawn by the late great underground comics artist Spain and written by theater historian Joel Schechter, who taught at the Yale School of Drama back in the 1980s and early ’90s and wrote for some of the New Haven alt-weeklies I did back then. Joel published the wonderful political theater tome Durov’s Pig: Clowns, Politics and Theater, back in the mid-80s.

…and those are just the more theatrical personages illustrated here. Woody Guthrie’s in it too, as are the BeBop jazzsters and visual artists like Duchamp and Man Ray.

Nobody is going to bowled over by every artist (let alone writer) in this book—it’s definitely an anthology of scattered quality, and some of the contributors seem much more passionate about their subject matter than others. But there’s room for lots of research and character detail in these many multi-page cartoon histories of important moments in the history of the Bohemian movement. Some of the great political comic artists of our time are represented here, such as Peter Kuper of World War III Illustrated. As for co-editor Paul Buhle, who’s helmed numerous graphic histories of the American counterculture, this is a refreshing upbeat topic for him. Civil rights struggles and artistic setbacks are inherent in all these tales, but these are also uplifting stories of free spirited artists overcoming adversity. Ellen Lindner’s chapter on Wilde in particular goes out of its way to highlight one of the most positive and humorous periods in that immortal’s career. I always love when modern tributes of Wilde refuse to go the martyr route; there’s so much of that out there already.

Like a lot Buhle’s other books, Bohemians is a solid reference work, a useful introduction to its topic, and an entertaining comic book. Real inspirational for theater types as well.