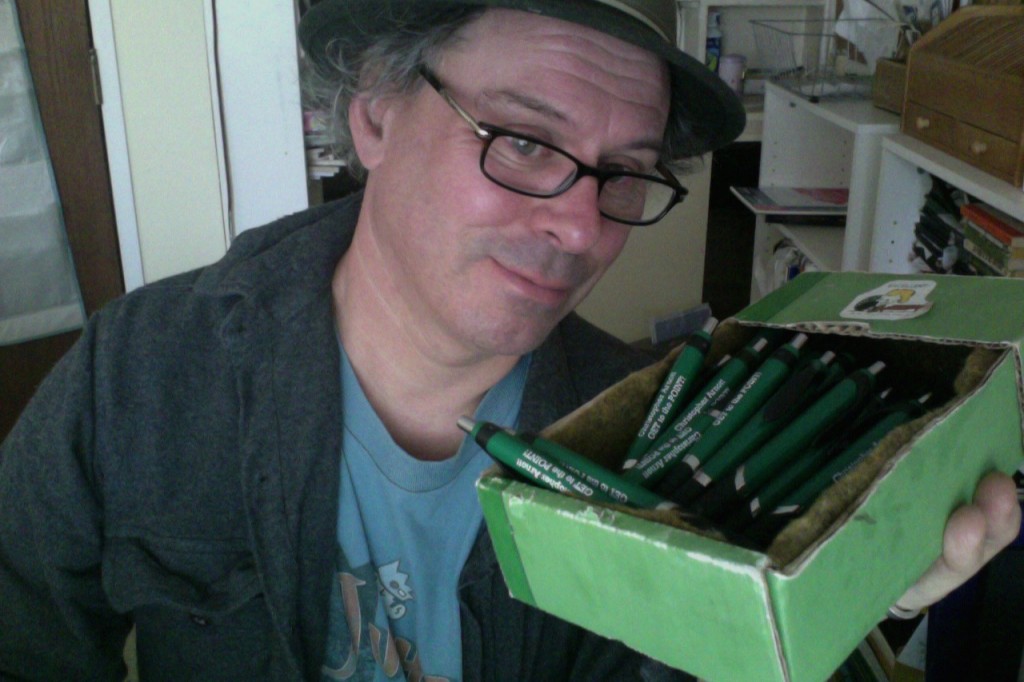 My friend Lou Harry, a theater critic and playwright from Indiana, is in the area for a few days.

Monday is the latest of my regular monthly Get to the Point! storytelling events at Cafe Nine (250 State St., New Haven). These have been a great joy to do, and we’ve had lots of nice press coverage of them in the New Haven Independent, Hartford Courant and elsewhere. Tomorrow’s is a special edition. Since Lou Harry’s still in town, we’re presenting an improv piece he conceived called Going… Going… Gone. The audience is given fake money which they bid on bizarre, surprise items stuffed in boxes on the stage. Craig Gilbert and Ken Carlson will be two of the auctioneers.

Many of the Going… Going… Gone auction items (which the winning bidders get to keep and bring home with them) are being graciously provided by Fashionista Vintage & Variety (93 Whitney Ave., New Haven).

Cherished Get to the Point! regulars, and hopefully a couple of newcomers, will be presenting Monday as well. (That includes Phil Rosenthal, Saul Fussiner, Elizabeth Appel and others.)

There will be myths and fairy tales and drama and jokes.

One of our wilder, more unpredictable nights (and considering the history of this thing, that’s saying a lot).