These Papers Bullets! (at the Yale Repertory through April 5; see review here, more reviewy stuff here, preview here) is the latest, but far from the first Fab Four-fueled theater show. Here’s a random list encompassing both the obvious and the obscure.

Backbeat the Musical. Also known as Backbeat: The Birth of the Beatles, this is a live stage show based on the Ian Softley movie which covered the formative years of the group, when John’s boyhood friend Stu Sutcliffe was a member. Sutcliffe, who died in 1962, helped name the band and his girlfriend Astrid Kirchherr styled their hair. Backbeat debuted in London in 2011, where it ran for six months. Then it played Toronto for a couple of months in 2012, then Los Angeles’ Ahmanson Theater just last year.

Beatlemania. When Beatlemania—The Musical first happened in 1977 (only 8 years after The Beatles had broken up, and a decade after the band has stopped performing live), it was billed as “an incredible simulation” and lived up to that hype. It used theater projections and costume design really effectively. So effectively that it’s been copied to death, watered down and now only as stunning as the quality of the musicians who’ve been brought in to play the songs. The current show bearing this brand name, Beatlemania Now, is billed as “the world’s best Beatles tribute band” and not as a stage spectacle.

The Beatles Christmas Shows. The Beatles themselves appeared in a holiday “panto” variety show for around a dozen performances, Dec. 31, 1963 to Jan. 11, 1964. Good scholarship on those shows here. 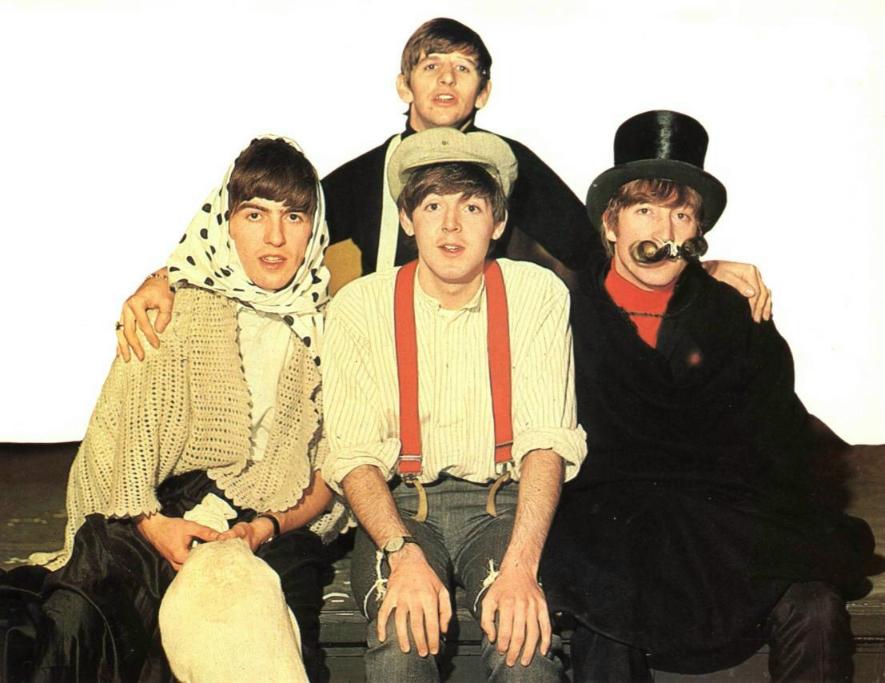 In His Own Write. John Lennon’s two volumes of short random writings, published in 1964 and stylistically inspired by Goon Show mastermind Spike Milligan, were turned into a live stage show in 1968 by Victor Spinetti. As an actor, Spinetti had appeared in A Hard Day’s Night,  Help! And Magical Mystery Tour. The show was produced at the Old Vic by Laurence Olivier’s then-new National Theatre Company. Spinetti, who died in 2012, described working with Lennon in an interview with MOJO magazine from 2009, here.

Let It Be. This 2012 “theatrical concert” was created in 2012 to mark the 50th anniversary of the release of The Beatles’ first recording, “Love Me Do.” The show stayed in the West End for a couple more years. It opened on Broadway last summer, where it lasted 46 regular performances and nine previews before closing in September. It’s currently on tour in England. Like Beatlemania and Rain, there’s no script to speak of, just songs and costumes.

Liverpool Fantasy. Later turned into a novel, this full-length play by Larry Kirwan (an established playwright also known as the frontman of the Irish rock band Black 47) imagines how easily it would have been for The Beatles to break up over “creative differences” very early on, then presents the bitter aftermath. The script is included in Kirwan’s play anthology Mad Angels.

Loot, directed by Bart Sher at Hartford Stage in 1996. I mention it because this regional theater production of the 1965 Joe Orton farce opened with a blast of raw Liverpool rock & roll from Beatles Live at the BBC (the compilation album that had been released in 1994) and worked hard to give Loot’s young male cast members a Teddy Boy nature. Smart idea, given playwright Joe Orton’s brief association with The Beatles and Paul McCartney’s known admiration for the play. In any case, it worked pretty well, and gave the Hartford Stage show a pacing that’s equivalent with that of the Rep’s These Paper Bullets!

Love. The Cirque du Soleil spectacle. It premiered in June of 2006 and still plays nightly at a theater built expressly for this show at The Mirage in Las Vegas.

Rain. Took away Beatlemania’s standing as the only Broadway-friendly Beatles tribute show. The national tour seems to be an even bigger success story—the show is tailored to the kinds of theaters that alternate Broadway tours with mainstream pop concerts. The original Off Broadway production in 1986 featured two actors well known to New Haveners: city resident Bruce Altman, who played Paul, and Colin Lane, who has regularly performed with the Elm Shakespeare troupe in Edgerton Park, as John.

Ticket to Write Festival. This is an annual weekend-long festival of plays “based on the Beatles,” held in the town where the Beatles were born. It starts with a contest seeking “one-act stage plays about The Beatles or any other artist, group or aspect of the 60s Mersey pop music scene.” Three winners are chosen, then given two performances each. The third annual Ticket to Write Festival will happen this July at the Unity Theater in Liverpool.

Up Against It. Joe Orton was asked to write a screenplay for a Beatles movie. He devised one based on his novel The Vision of Gombold Proval (aka Head to Toe). It was rejected. A late draft of the screenplay was published in 1979. Then over 20 years after it was first conceived, Up Against It was turned into a stage musical, with a 15-song Beatlesque score by Todd Rundgren. Orton’s encounter with The Beatles also comes up in Diary of a Somebody, the play script which John Lahr created using entries from Orton’s diaries. 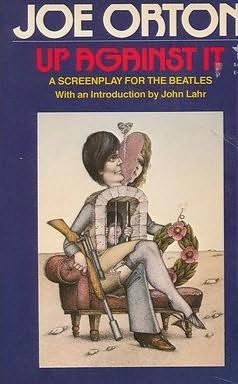 I know I’ve opened a can of worms here (or a jar of faces kept by Eleanor Rigby’s door). I expect folks to write in with other examples of stage Beatles.

What seems obvious, no matter what size pool you’re drawing from: very few of the myriad Beatles-based stage projects that have been developed over the past four decades or so could be declared a raging success, unless they’re plotless Beatles concert things.

Let’s let These Paper Bullets! be the notable exception.