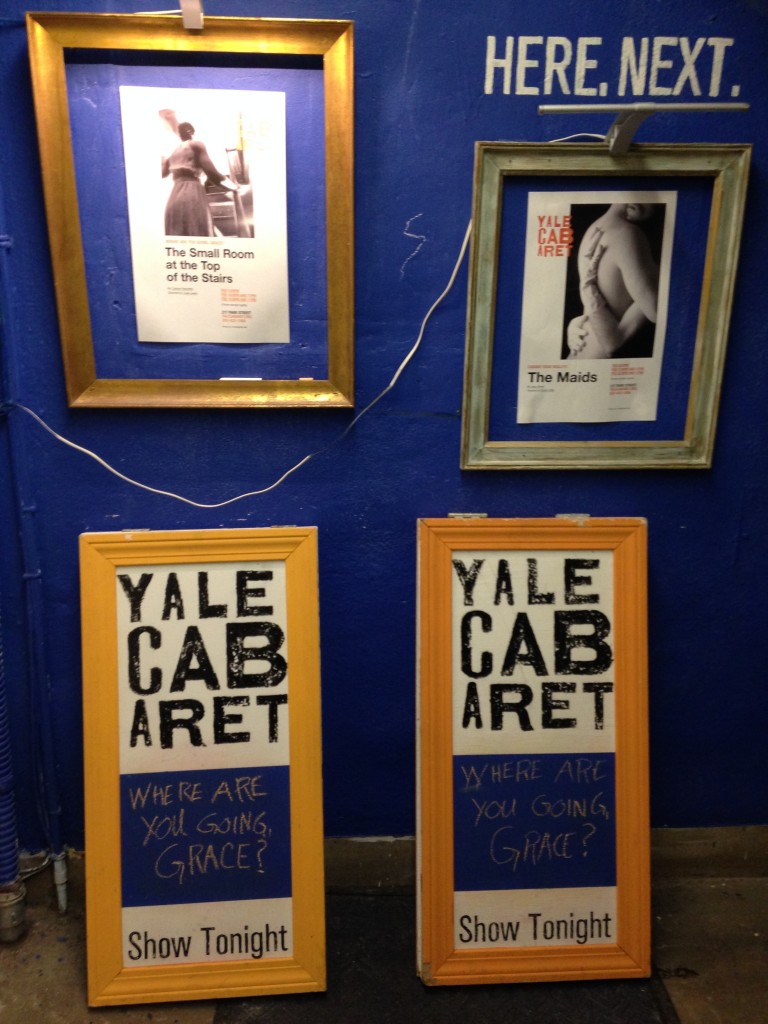 The Small Room at the Top of the Stairs

The Small Room at the Top of the Stairs (La petite piece en haut de l’escalier) is a concise, confined, five-character marriage tragedy by contemporary Canadian playwright Carole Frechette. The Quebec-based write was a member of the 1970s feminist collective Kitchen Theatre Group, and has been publishing her own  plays at a steady clip since 1989.

The Small Room… is inspired by the legend of Bluebeard, and uses closed-off rooms as a metaphor for self-realization and temptation. This Cabaret production is directed by Cole Lewis, a Canadian herself, who directed a masterful production of Durrenmatt’s The Vist as her Yale School of Drama thesis project last fall.

The Visit had lots of wall-breaking audience-involvement moments, and so does The Small Room at the Top of the Stairs. The play takes place in a large fancy mansion, which the Cabaret conveys by surrounding a small square unpainted wood platform with long dining tables such as you might find at an elaborate wedding dinner. Allof the performers except for the heroine, Grace, sit at these tables alongside the audience. They rise and emote, serving variously as Grace’s consciences, support network and tormentors. Unlike so many Yale Cabaret exercises in ensemble narrative (the fall production of Sarah Kane’s Crave, for example), these actors stay firmly in character and firmly in place, never moving more than a few feet from their designated seats.

Grace (majestically played by Chasten Harmon), meanwhile, stays centrally located, on that small square platform, for the whole show. It’s a canny staging device, making absolutely sure that’s she always the center of attention. The concept feeds neatly with what playwright Fréchette is trying to say with her new take on Bluebeard. The wife here, ordered by her imposing new husband not to open a mysterious door, is not such a simple victim as other versions of the legend portray her. She sets her own demise in motion, and that demise isn’t some hideous horror-movie attack but a slow psychological breakdown. Fréchette drives her points home by giving Grace a status-struck, enabling busybody of a mother (primly played by Elivia Bovenzi, whom I sat next to at Friday’s 11 p.m. performance and who stayed smartly in character throughout the show, staring at the phone in her lap and her face frozen in a grimly suspenseful glare) and an adventurous, altruistic feminist sister (Elia Monte-Brown, bringing sassiness and earthiness which countered the stiff nature of Ryan Campbell as Grace’s stiff husband Henry), and a hardworking, morally upstanding maid (Mariko Parker).

The play is one long series of confrontations, as Grace changes from a

Despite the revelations, Fréchette paints Grace as self-aware from the start. This is not a black and white shift from moony, delusional young lover to terrified, cornered prey. It’s Grace’s gradual, open-eyed awakening to the deficiencies of her family, her new love and especially herself.

Not any kind of valentine, not a great “date show,” The Small Room at the Top of the Stairs—uneven and overwrought as it can sometimes get—is unapologetically a Yale Cabaret show. It’s deep and talky and dark and human, with close-at-hand actors providing more of the environmental mood than the set does. It speaks to issues that plague young people such as those putting on this piece: relationship issues, life expectations, idealized images of oneself, disdain for those who challenge or criticize. Tied up with an ending that’s not predictable, not sappy, and not at all tedious.

Cole Lewis is a cool director. With The Visit, she took full advantage of the ensemble-cast possibilities of her classmates. With this smaller, more refined show, she’s captured the essence of the Cabaret—that small room at the bottom of the stairs where you shouldn’t go if you don’t want to face the unknown. 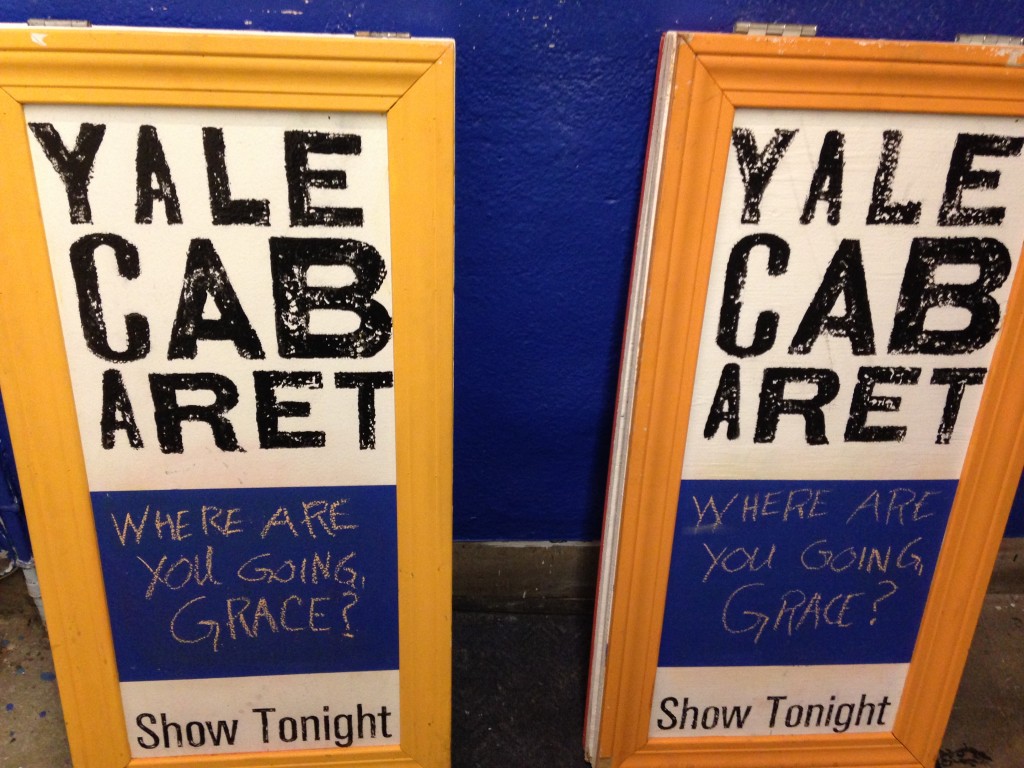 Previous Post: Poked with a Sharp Styx
Next Post: Once again, into the breach: The Bushnell Announces Its 20014-2015 Broadway Series