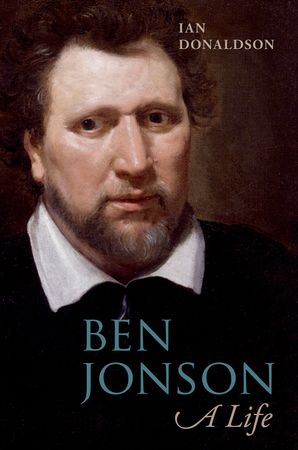 Ian Donaldson’s excellent biography of Ben Jonson is out in paperback. I’m a lifelong fan of Jonson–my father directed a convulsive production of Volpone when I was a tot, and hooked me forevermore.
I recently read another biography of a longtime favorite poetic writer of mine, Harry Nilsson. (Theater buffs: he wrote the animated- TV- special- turned- stage- musical The Point). I was disappointed in Alyn Shipton’s work, not because it wasn’t well researched, but because it has trouble explaining the fascinating contradictions, choices and comical deprections of the mercurial Nilsson. Shipton’s very good at explaining what Nilsson did, and when he did it, and with whom. But he can’t, I feel, properly explain or describe his subject’s immense amibility and popular appeal.
I realize now that Donaldson does for Ben Jonson everything that I wanted Shipton to do for Harry Nilsson. And he gets right down to it in the first chapter, analyzing whether Jonson’s own personality was as uproarious and bumptious as that of the scoundrelly, sarcastic, socially effusive characters in his plays.
“Reading from work to life, imagining how Jonson’s own identity might (in Eliot’s suggestive phrase) have been transfused into his art, possess particular problems for any biographer,” Donaldson muses. He then itemizes and explores those problems at length, showing how much he really cares about connecting his subject’s life to his work accurately and helpfully. He emerges with about as full bodied a portrait as a reader could hope for, of a man who’s been dead 440 years.
Macdonald takes as much care with Jonson’s corpse as he does with his lively spirit, investigating rumors that the playwright was buried upright, rather than horizontally, in Westminster Abbey.
As for Jonson’s work, I’m chuffed that Macdonald’s tastes and interests seem to mirror my own. He spends extra time and energy on my personal favorite of Jonson’s masques, News from the New World as Discovered in the Moon—a playlet that’s made it into nearly none of the standard Jonson anthologies—and notes the media-savvy prescience of the similarly themed full- length play The Staple of News. Macdonald appreciates Bartholomew Fair, a great comedy which nonetheless nearly always confounds modern directors, as the groundbreaking work it was, one which challenged the length, scope and size of plays in its time.
Throughout Macdonald’s mesmerizing, tangent- filled, context- nailing bio, Ben Jonson comes across as a living, breathing, famous guy worth knowing. Drink to him.