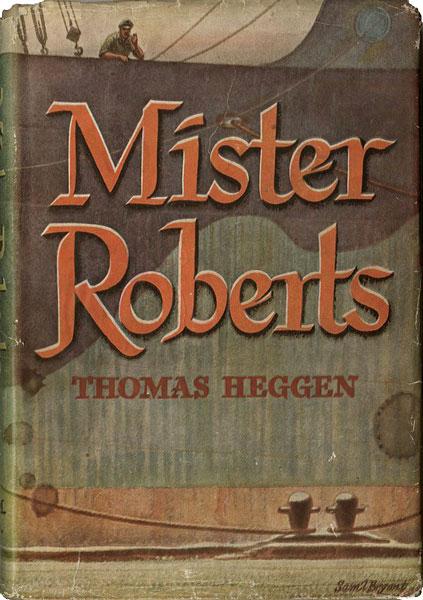 Westport Country Playhouse knows who’s in its reading of Mister Roberts Nov. 11. The play, adapted in 1948 by Thomas Heggen from his own 1946 novel, is part of WCP’s Script in Hand series, directed by Anne Keefe.

Mister Roberts, originally directed and co-adapted by American theater legend Josh Logan, inspired a whole genre of plays, movies and TV shows about hi-jinks in the U.S. Army or Navy. These range from The Wackiest Ship in the Army to Operation Madball the sitcom McHale’s Navy. A film version wasn’t made until 1955, with the play’s Broadway star Henry Fonda plus James Cagney, William Powell and Jack Lemmon.

The Westport reading is Nov. 11 at 7 p.m. Tickets are $15. The Westport Country Playhouse is at 25 Powers Court in Westport.

Yeah, the guy who plays the mayor on HBO’s Boardwalk Empire is being Doc.

Lots of New York theater credits in that cast, not to mention national tours and regional theater. Many of ‘em have done Script in Hand series shows before. Nearly all of ‘em have been in Westport Country Playhouse mainstage shows.

The Mister Roberts reading is being presented on Veterans Day. Yellow ribbons will be handed out to audience members in remembrance of veterans.

The next Script in Hand reading, Dec. 9, is Susan Sandler’s Crossing Delancey.

The Westport Country Playhouse’s mainstage season ended last week with the comedy Room Service (which featured Bracchitta, Bryant and McCormick in its cast). The 2014 season opens April 29 with Noel Coward’s A Song at Twilight.