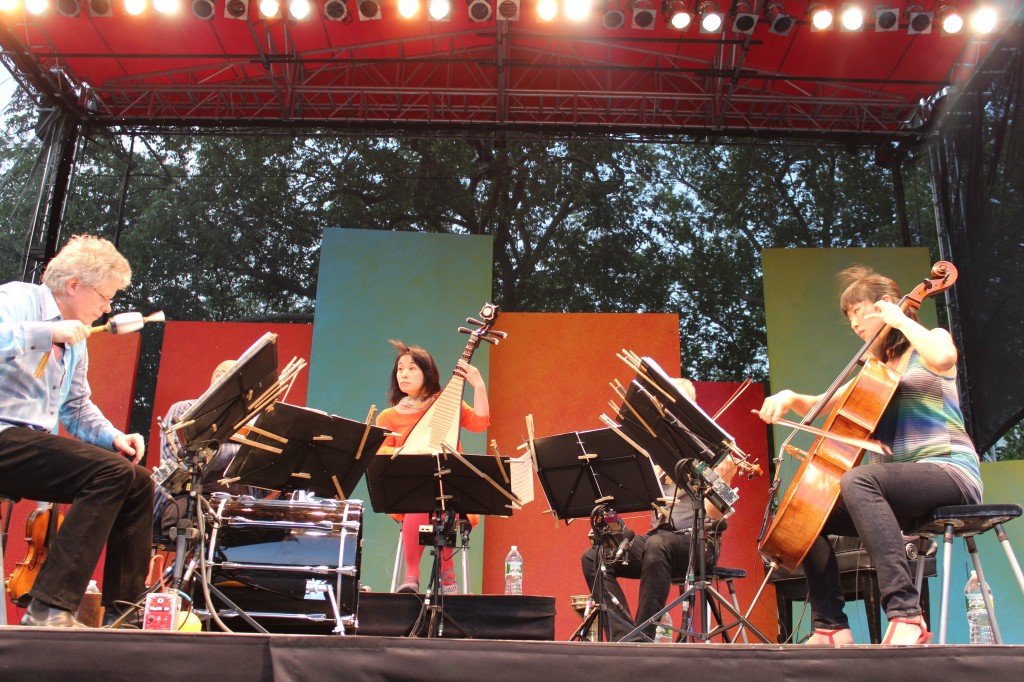 Not exactly a theater story, but it bears mentioning here.

At June’s International Festival of Arts & Ideas, I was the first to write the full story of how the Kronos Quartet concert on New Haven Green was thrown into last-minute anxieties because special guest performer Wu Man’s treasured pipa (a stringed Asian lute) was broken by a U.S. Airways flight attendant. She had to play a  pipa hastily borrowed from a woman in Simsbury.

That story, which I did for the New Haven Independent, is here.

The New York Times reported on October 9 that Wu Man finally has her own new pipa, which she’s playing this weekend in Hartford. That story is here.

For all these month’s Wu Man’s been using other people’s pipas. U.S. Airways has made amends. Happy ending.