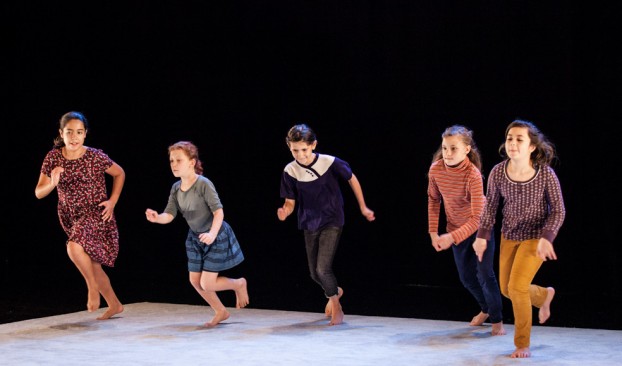 Employee of the Year

Created by 600 Highwaymen. Presented by the International Festival of Arts & Ideas June 20-27 at the Long Wharf Theatre, New Haven. Closed.

600 Highwaymen doesn’t trust children to act as well as adults do. What a refreshing concept.

The New York company’s production of Employee of the Year spent two weekends at New Haven’s Long Wharf Theatre as part of the 2015 International Festival of Arts & Ideas. The show is narrative-driven, a drawn-out tale of a life spent in search of family and security. It begins with a house fire and a young girl’s realization that some of her key family relationships are not as they seem. It’s a story of disillusionment, epiphany, stability and perseverance. It’s a very human story that also has a mythic, Odyssean edge.

600 Highwaymen choose to tell relate this tale with a bunch of small girls. With the exception of a few fourth-wall-breaking digressions where the children acknowledge each other, or mention their real-life names and experiences, this is a lengthy chronicle of a single woman’s life, from childhood to old age. We see her gain confidence and perspective. We hear about the diligence, perspicacity and coincidence which allows her to find certain important people in her life.

This one woman is portrayed by a cast of tween females who trade off bits of the role so that the audience is never allowed to become too comfortable (or too bored, perhaps) with any single voice. The story is delivered not in a realistic manner but with orchestrated, exaggerated gestures and a vocal delivery unencumbered by method techniques or excessive movements. It’s a casual, lulling style, its energy coming from the children and nowhere else. 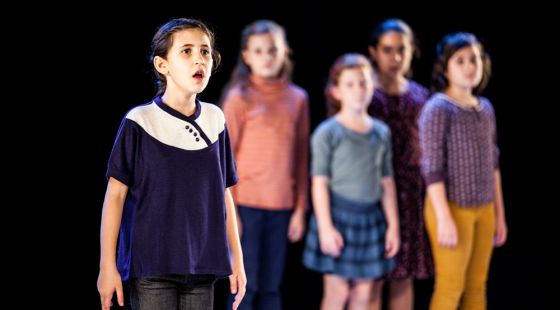 The looseness extends to the singing. There are a number of original songs in the show, penned by David Cale, who own connections with Long Wharf include the world premiere of his Blue Album collaboration with Dael Orlandersmith in 2007. These are fully composed songs with melodies and rhymes and themes, but they’re delivered a cappella in a quite sing-song style that doesn’t require the young girls to nail all the presentational fillips of songiness. They just sing them out like nursery rhymes.

The blocking? Fixed, strident, demonstrative. The girls splay their arms or stand in imposing poses, statue-like. Sometimes they do the moves in tandem, like cheerleaders without a cheer to team for. They hold these stances for a moment, then move to the next spot.

Naturalism is not a concern. Clear, crisp, enunciated storytelling and strong visuals are the priorities. This is plenty. There are some lighting tricks, but otherwise design and technology do not impinge on these willfully human proceedings. The stage is a large square of white on the floor. No walls, no sets, no props. Just the girls. Acting like girls, and not acting like girls who are acting.

600 Highwaymen want to use the innocence and size and brightness and energy of children to make a stylistic point. It works. Now if only some inspired theater company could put an end to adult actors acting as if they were children. Now, that would be a triumph. 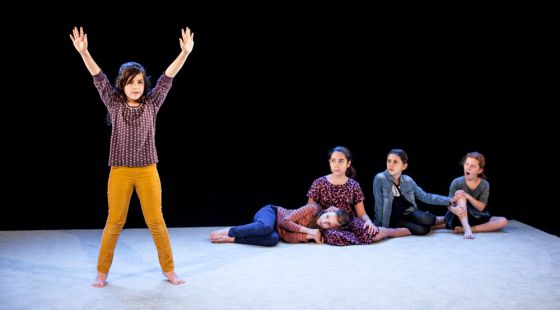 Previous Post: Revel tonight (Saturday, June 27) at the Yale Summer Cabaret
Next Post: The Saint Sees It Through