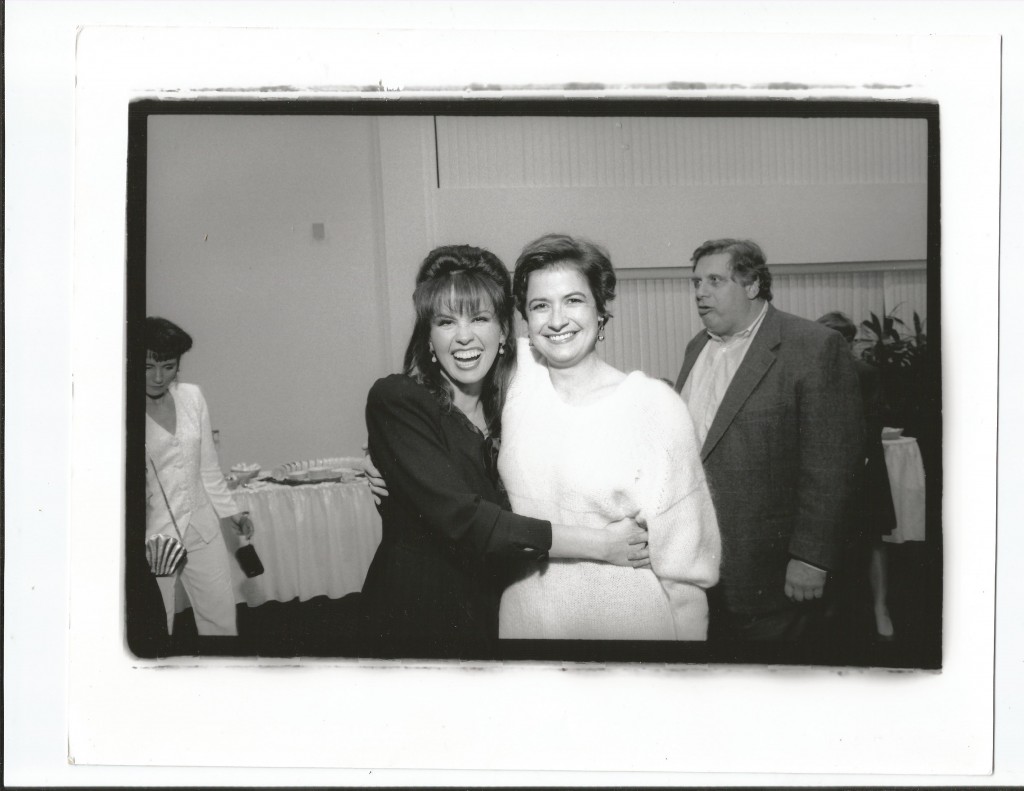 This is a cherished photo—or rather, photobomb—from the opening night reception of the 1994 Marie Osmond tour of Sound of Music at the Shubert in New Haven. It was taken by dear friend and New Haven Advocate colleague Kathleen Cei.

This was the tour’s first stop, and the big news was that Keir Dullea, who’d been cast as Capt. Von Trapp, had left the cast days before the premiere, reportedly because he couldn’t sing “Edelweiss” well. In the Shubert lobby before the opening curtain, Joel Bishoff (who did the musical staging; the credited director was Jamie Hammerstein) quoted Noël Coward’s famous riposte for my benefit: “Keir Dullea, gone tomorrow.” (Laurence Guittard got the Captain gig.)

Marie Osmond is hugging her understudy, and my childhood friend, Sarah Downs. Sarah, her brother Stuart and I used to watch the Donny and Marie TV variety show in the Downs basement on Friday nights in the ’70s.

I have no idea who the guy on the right is. Perhaps he played one of the Swiss alps.

The Sound of Music is one of seven Rodgers and Hammerstein musicals which had out-of-town try-outs at the Shubert in the 1940s and ’50s. The Shubert building turned 100 in December and has been celebrating by jogging its audiences’ memories of some of the legendary bookings. I’ve sure got some reminiscences, which I’ll post here from time to time.

Previous Post: The Riverdale Theater Group Presents Big Business
Next Post: NIMBS: Not In My Back Stage