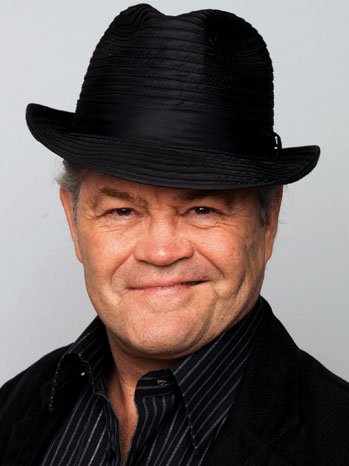 Ran an item recently about Connecticut-raised Simpsons scribe Mike Reiss going on Gilbert Gottfried’s podcast and not mentioning that his new play Comedy is Hard was at the Ivoryton Playhouse. Well, Mickey Dolenz—who co-starred in Comedy is Hard with Joyce DeWitt—appears on this week’s episode of Gilbert Gottfried’s Amazing Colossal Podcast, and that play is one of the first things he mentions. He says he loved the script, “begged” to be in it, and hopes it goes elsewhere.

Dolenz also describes the series for which he’s best known, The Monkees, as more inspired by “musical theater and The Marx Brothers” than by The Beatles. The show had been in development, apparently, before A Hard Day’s Night was even released, but was made into more a comedy due to that film’s popularity.

Mickey Dolenz has a rich theater background, including the stage version of Harry Nilsson’s The Point (with fellow Monkee Davy Jones), tours of Grease and the Goodspeed Musicals production of Pippin.

He describes how he and his fellow Monkees got a crash course on theater improv and other acting techniques as preparation for the planned chaos of the TV show, and how some of the classically trained actors (Hans Conried among them) would sneer at them when brought in as guest stars.