The Closet Augers, The Float Cups, Valve Seat and Flush play outside the ballpark on Local Music Appreciation day, starting at 2 p.m. (Get there wayyyyy early if you want to beat the boozier drivers.) Those tailgate shows got a lot less thankless after Walter “Watt” Lavelle took over the bookings two regular seasons ago. Last year, “Watt” made sure a couple of dudes in the music industry got parking passes near the bandstand, and that’s how Blockage got their demo deal.
There’ll be dozens of us from the scene outside the whole time, catching rays and tunes. Our team chant will be: “Oh, there’s a game?”

Edapho’s Aurus and the newly solo Archie Opteryx at the Bullfinch… Living Fossils (now there’s an appropriate name for a cover band) and The Podokes at Hamilton’s… More lumbering earthy rock dinosaurs—Dei Nony Chus and Monoclonius—at D’ollaire’s, except they at least write their own songs…

Rent’s due, and we’re screwed.

Run, Walk!
When I heard the shouty-thumpy “Virus” and “Peekay,” I thought, OK, fine, now when do they walk? Then came a stream of experimental instrumentals that spun my head into a trance state. Full throttle, but able to change gears and still mow you down. So much for pedestrian metaphors. 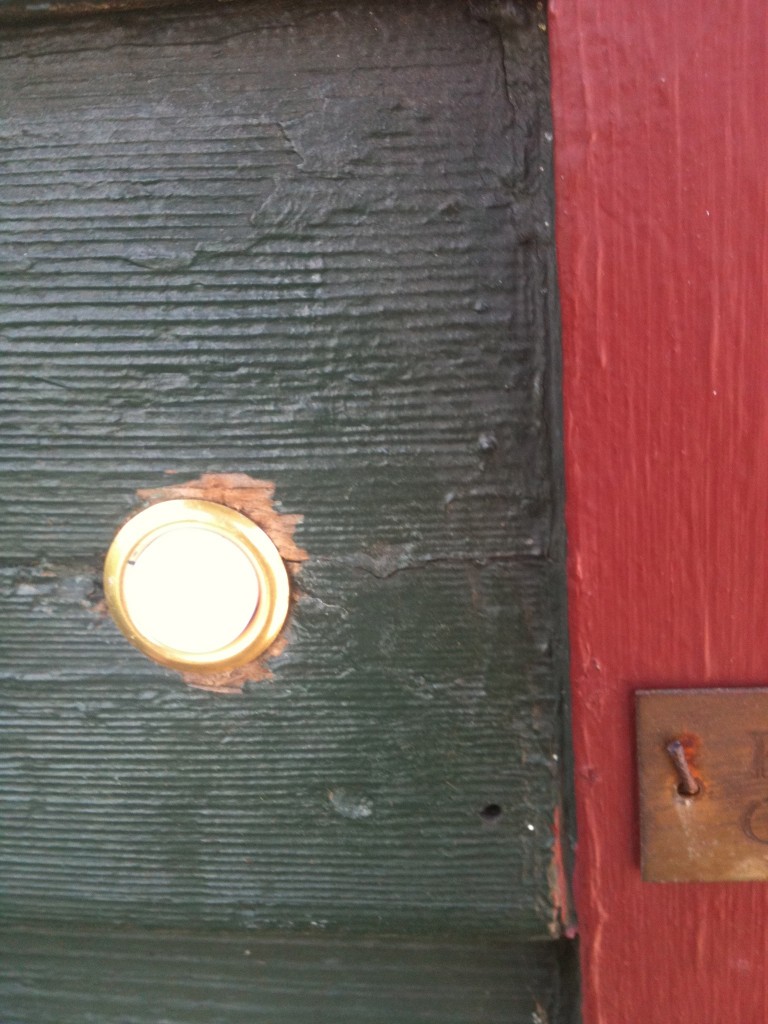 Some might erect a “no soliciting” sign. What we did was finally replace the cracked empty hull of a doorbell.

It was a marching band. The kcor setarip (you know who we’re talking about) did their usual unannounced hit-and-run set—but at Hamilton’s this time, where nobody expected to ever see them play. (How they pulled this off is a matter for secret government agents.) The set was, as ever, sensational. But what matters is how it ended.
Initiating a conga line, the pirates (who’ve got this portable rock band thing down to a science) marched off the stage, through the crowd, and led nearly the whole pack of dancers, drinker and layabouts right out of Hamilton’s down the street, and… into the Bullfinch!
It was an extraordinarily daring display—a band of pirates walking their own plank, turning their backs on one of biggest local-friendly clubs in town and reaffirming their allegiance to the scruffy Bullfinch.
The Bullfinch didn’t know how to handle the tribute at first—it did, after all, have another band onstage at the time. Luckily, the interrupted was The Troubles I’ve Seen—the club blues duo of B. Diamond and Ginny Gilbert, better known in this column as The First Hipsters. B. and Gin immediately got what was going on, let the parade continue, and joined in feverishly.
By this time the Bullfinch bartenders, barbacks and backroom beancounters had figured out this was a cool thing, not an evil incursion. Would drinks on the house suit? They would.

Still can’t believe we actually went camping and not just “camping.” Took us all day to dry out the tent.

Generationals
The languid dance beats, lowkey vocal delivery and cocktail-party conversational ambience make the incursion of reggae styles, guitar riffs and other forthright effects that much more disarming. There is a new Generationals album out there, but I’m more fascinated by the Medium Rarities EP, which features remixes by Bent Black and Richard Swift. Generationals is a naturally laid-back, rough-edged band, and it’s interesting to hear how they, and outside mixers, are coming to terms with studio trickery. Shades of later projects by members of The Vaselines, or the Belle & Sebastian/Trevor Horn machinations.

Sally and I made a Zoetrope out of a midsize “Nostalgisk” (round black box) from IKEA. I’d wanted to do a Zoetrope for ages but I couldn’t figure out how to make one spin properly. Then the library book Making “Movies” Without a Camera by Lafe Locke (Betterway Books, 1992) suggested just putting the Zoetrope on top of a turntable. Duh!

Our house is not lacking for turntables. We have a clunky portable one designed for records that read to the blind (it has slow speeds and not the faster ones), a cheap turntable in the basement, a slightly classier one in the girls’ bedroom, one that converts LPs to mp3s in the Study and—the obvious pick for a Zoetrope—a colorful toy turntable that used to grace my desk at the New Haven Advocate and which I picked up for a song at an antique store in New Hampshire 15 years ago.

Having a Nostalgisk handy, rather than having to devise a sturdy round slotted Zoetrope body all by myself meant that Sal and I were drawing and screening films within minutes of starting the project, rather than spending all the time perfecting the apparatus. The Nostalgisk has a raised bottom, so it fits slugly atop the turntable spindle without the need for drilling.

The only hazard, and it’s a fun one, with this set-up is that, at high speeds, the Zoetrope might careen off the turntable and hit viewers in the nose. Our own low-tech form of 3D movie thrills.

In record time, being in a band got Elizabeth “Bonnie” Beetz of the Bonny Joes published in a poetry journal, a professional modeling gig, and an invitation to study at the fashion institute at the college on the hill.
So she broke up the band. Are her longsuffering bandmates pissed!
“It wasn’t her band in the first place,” whines guitarist Jack Dee, who started the act two years ago as an Irish bar band. Denial aside, Bonnie made that band, putting them on the radar of managers and label suits. Now that she’s decided to be nonmusical, the setback is unforwardable. A few rounds of infighting occurred even before Bonnie’s bolting. But nobody’s acting as if she’s replaceable.
All the Bonny Joes have dayjobs, of course. But Bonnie’s different—she’s got prospects! Potential! A future! Sucks to be her ex-sidemen.

Move, over, Bonnie. Another eclectic thrush, Blake Lee sings a set with the Zeps, then a different one with The Frank Sins, at the Bullfinch. Watch out, boys… The Rizzo Honeys and Sure Diners—admittedly both on the more interesting end of the regional cover act circuit—at Hamilton’s… Beer Band Bingo at D’ollaires. That’s an event, not an act. We have no idea what it means…

If we’d looked for work the day we got fired, we wouldn’t have been camping on the only rainy day this week.