I won’t be writing for the Daily Nutmeg anymore. My last story for that notable New Haven-based e-mail/online publication ran today. If you noticed and enjoyed my work there, I thank you.

I wrote well over 200 articles for the Nutmeg during its first 18 months of operation. A third of those pieces were “This Week in New Haven” events-calendar highlights columns. The others were feature stories, ranging from musings on local landmarks to profiles of small businesspeople to provocative arts lists (the best New Haven rock bands of all time; books and movies set in New Haven). Today’s final story was a thought-piece about Alexander Calder’s sculpture Gallows & Lollipops in Yale’s Beinecke Plaza.

Much of my Daily Nutmeg work, to me at least, was reminiscent of essays and columns I did for the New Haven Advocate back in that publication’s 1990s heyday. But my many gentle, city-boosting pieces are not what I’m remembered for Advocate-wise. (Likewise, you could read me in Daily Nutmeg and not know that much of my writing reputation elsewhere is based around a strong critical voice.) It was nice to find my more understated, positivist work so roundly validated, and so neatly packaged, through Daily Nutmeg. The publication also spurred me to become a photographer, illustrating my words with pictures.

But other challenges were not as pleasant or rewarding. I will not disguise that there were administrative, editorial and other behind-the-scenes disappointments that led to my leaving Daily Nutmeg. Having been out of its particular deadline grind for a few days now, consciousness is dawning. This was never destined to be a good fit. It was more a convenient overlap of tastes and abilities than a shared vision. It had been an especially awkward relationship for the past eight months or so. I’ll miss the elegant platform on which I was allowed to stand and proclaim my love for New Haven. I’ll miss the wondrously appreciative readership. Yet there were anxieties and frustrations at Daily Nutmeg as well, and it’s a great relief to leave those behind.

Since the publication doesn’t print a masthead, I frequently had to correct fans of the Nutmeg who had convinced themselves that I had something to do with running or founding or designing the thing. I  fear that I came off as curt or dismissive in some of these denials, but I really didn’t want to say anything to further false impressions, and wouldn’t ever want to take any credit for the hard work of others. My work was strictly freelance writing (and photography), and I kept my input about all other aspects of the publication to a minimum. The Daily Nutmeg is the brainchild of Mike Mims, former longtime publisher of Connecticut Magazine, and is edited by Mike’s son Daniel. It remains an intriguing business model for post-print journalism. My contribution to the Daily Nutmeg was content-based, not conceptual. That should be easily divined now that I have nothing to do with it.

I’ll continue to write informative essays about the beauty and charm and singularity of New Haven. Some already appear regularly in such well-run and well-mannered publications as New Haven Living magazine (for whom I do a piece on a different New Haven neighborhood each month) and the New Haven Advocate’s Annual Manual guide to the city. Some stuff will likely end up here on my own little blog, and there are already discussions happening about whether there’s room for another New Haven-centric site on the internet. No longer having a commitment to produce three 1000-word articles a week for a single client has, as you can imagine, opened up a lot of other possibilities for my freelance writing career.

Meanwhile, my myriad Daily Nutmeg articles remain archived at www.dailynutmeg.com. It was an interesting 18 months for me, and I’m glad there’s some record of it. 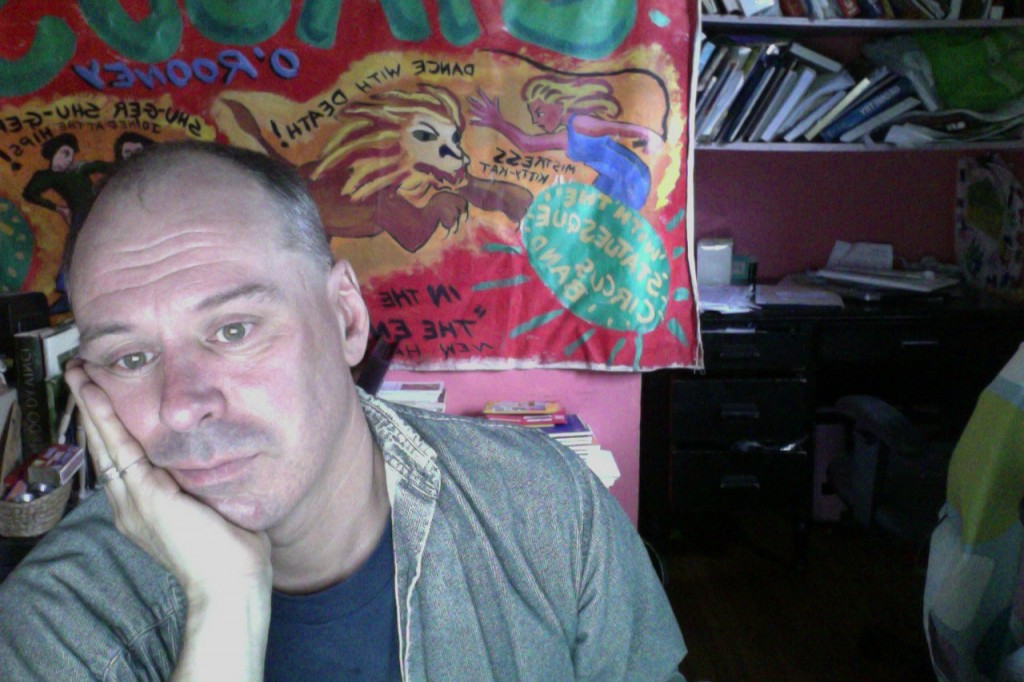 Finally got my hair cut. Hadn’t bothered in six months. I go to D’s (formerly Smooth’s), on Whalley Avenue just a block and a half from my home.

“You look like a whole different dude,” quoth the barber.

I bought two pairs of socks yesterday at Railroad Salvage. For 88 cents per pair. And if it were 30 years ago, I could have saved 25 cents more on my next purchase.

I’ve been reading Edward Eager’s Half Magic to my daughters. The fantasy novel was written in the ‘60s but set sometime in the 1920s (when its young protagonists aren’t traveling through time, that is). Within a few pages of each other, two culinary curiosities are mentioned: “Parched corn” and “a double hot fudge dope.”

Parched corn is an old Native American snack made by cooking (in oil) and seasoning (with brown sugar or spices) dried corn so that it’s chewy.

“A double hot fudge dope,” on the other hand, is a double scoop of ice cream  in a cup with sauce, but none of the trimmings which would make it a sundae.

Unsuspectingly, I’ve been eating double hot fudge dopes for years. It’s my standard order at Ashley’s Ice Cream on York Street: “…and can you just put a little hot fudge on it?”