Posted by Christopher Arnott on September 29, 2011 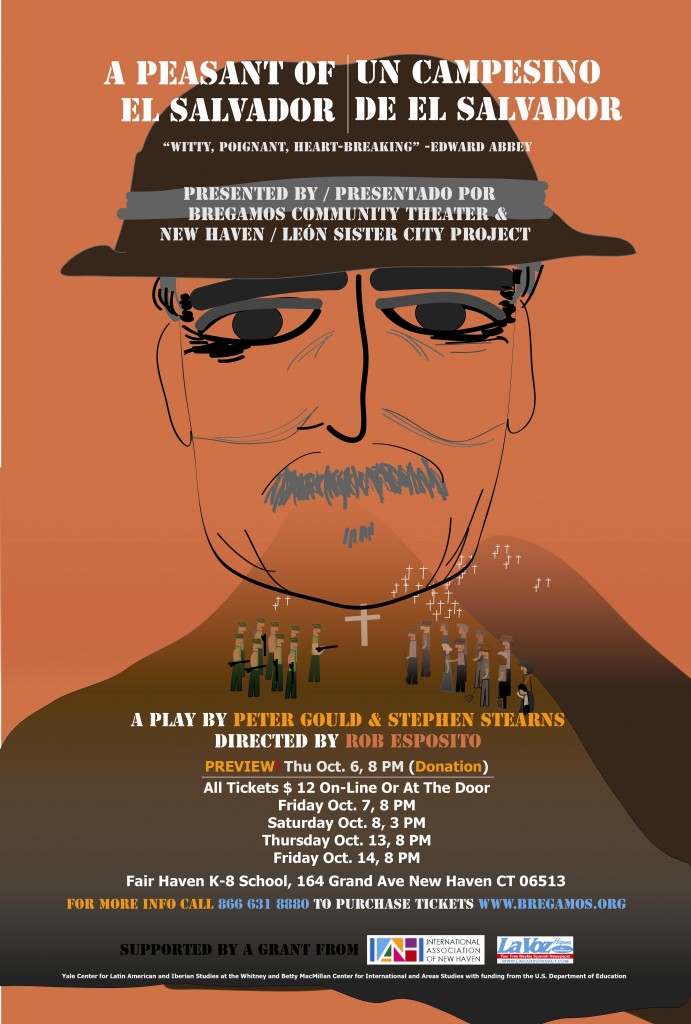 You’ll remember that Katy Rubin of New York’s Theatre for the Oppressed came to town over the summer to lead workshops having to do with a planned production of Peter Gould and Stephen Stearns’ politically conscious parable A Peasant of El Salvador, in which a poor farmer who sees everything he holds dear swallowed up by a greedy government.

The workshops were a success, and some of the folks involved in them travelled to Nicaragua later in the summer, practicing the Forum Theatre principles devised by political performance theorist Augusto Boal.

The run of the show, which has dialogue in both English and Spanish, was timed for National Hispanic Heritage Month. A Peasant of El Salvador is presented by the Fair Haven-based Bregamos Community Theater in conjunction with the New Haven/Leon Sister City Project.