A Man’s a Starman

Posted by Christopher Arnott on September 13, 2011 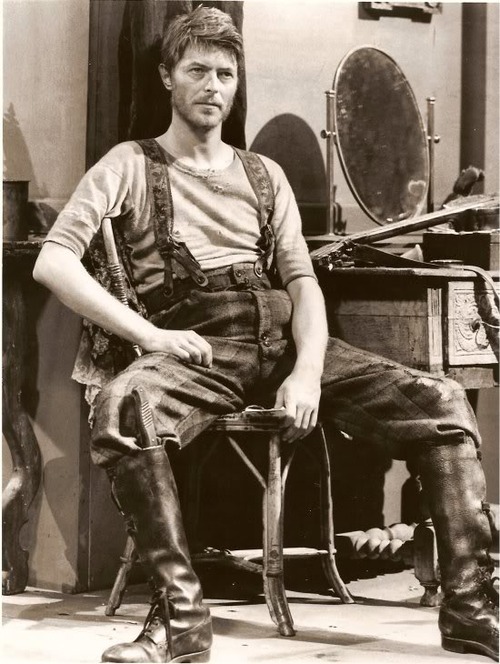 This is the first Bowie bio I’ve found that gives serious attention to the erstwhile David Jones’ stage- and film-acting projects alongside his musical ones.

The book devotes over six pages just to the BBC’s 1981 TV adaptation of Brecht’s Baal, in which Bowie starred. It’s revealed that before casting Bowie as the violent poet, director Alan Clarke and writer/translator John Willett considered Stephen Berkoff and Barry “Dame Edna” Humphries for the role. Bowie apparently captivated the creative team with his intuitive understanding of Weill’s songwriting, which he likened to plainsong, and his knowledge of the Neu Sachlickeit post-Expressionist art movement.

“Baal,” writes Trynka, “was destined to become a lost artifact, often discussed by Brecht scholars.Today, only the CD remains to document what was not only one of Bowie’s bravest artistic efforts but also his final Berlin project.” In an appendix to the biography, Tryka assesses all of Bowie’s recorded works and declares of the Baal soundtrack: “The blinkered view of Bowie’s career is that his last great album was Scary Monsters, yet this contract-filler—recorded in two rushed days in Berlin—is, in its own way, a masterpiece.”