Specials Attention: A strong new play by an underappreciated New Haven playwright gets a thoughtful production at the Whitney Arts Center

Posted by Christopher Arnott on September 20, 2013 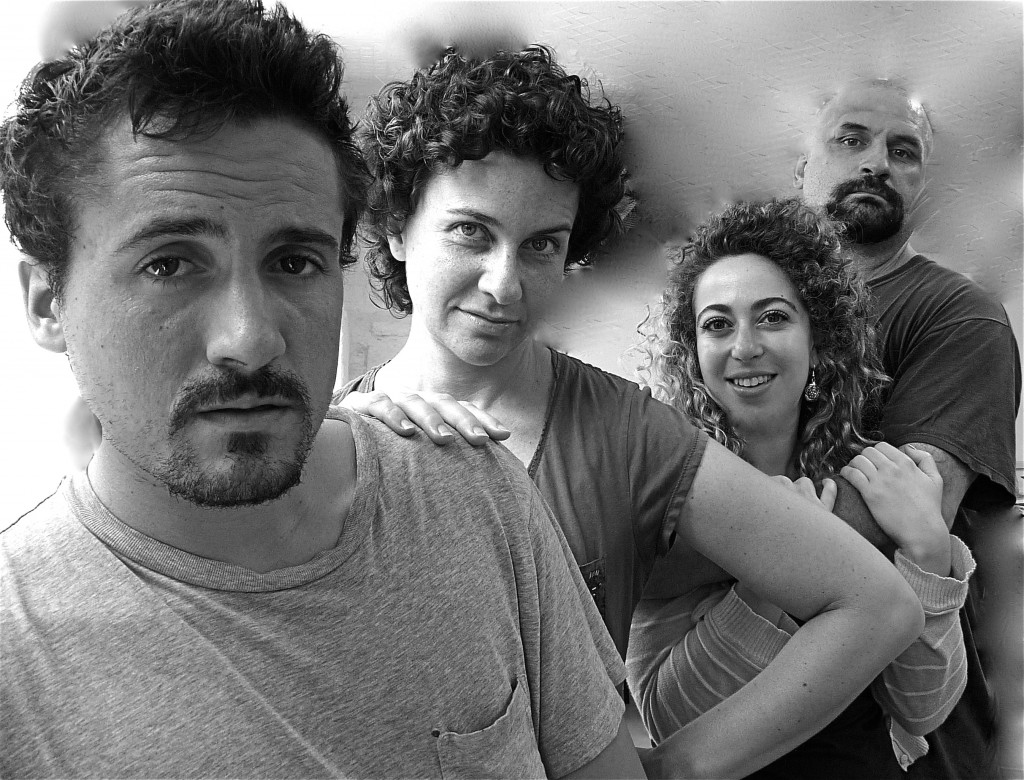 The cast of The Specials at Whitney Arts Center through September 28. From left: James Leaf, Mariah Sage,Irina Kaplan and Daniel White.

Through September 22 at the Whitney Arts Center, 591 Whitney Avenue, New Haven. Performances are Friday and Saturday at 8 p.m. and Sunday at 3 p.m. (203) 676-9685, 4thespecials@gmail.com or jackdawpike.wordpress.com

I’ve been a great admirer of the plays and monologues of Steve Bellwood for over 20 years now. I think I’ve written more about his work than any other critic. Bellwood’s versatility matches his prolificity. I’ve seen literally dozens of his plays, everything from Shakespeare-themed children’s-theater vaudeville shows to a deft adaptation of Capek’s The Insect Play to a riotously funny pastiche of various overblown holiday entertainments to dark dramas of homelessness and solitude and violence to a pun-filled parody of Casablanca. At one point an entire community-based theater company committed itself exclusively to the staging of Bellwood scripts. Their most popular effort was a series of historical dramas performed in front of famous paintings at the Yale Art Gallery.

Many of the Bellwood productions I’ve seen, however, have been done with minimal resources, before too-small audiences—too small to gather momentum for the laughs his comedies deserve, or to agitate en masse at the prickly subjects he brings to the fore of his controversial dramas. Sometimes these scripts cry out for spectacle, or at least special lighting effects, and few of the small companies that have done his works have had the resources for large sets and serious sound or lighting design.

I like to think that Bellwood’s wondrous wordplay and intriguing character developments shine through even the most amateurish or low-rent stagings, but I’ve long hoped I’d get a chance someday to test another theory:  how his shows might thrive with the proper care and expense put behind them.

The current production of The Specials at Whitney Arts Center (not to confused with Yale’s Whitney Humanities Center downtown; the WAC is in East Rock, at 591 Whitney Avenue near Cold Spring Street) is a step in that direction. The venue isn’t ideal: it has to subsist on natural lighting. But it’s a real hall with good acoustics and a playing area where actors can exit through real doors. There’s room for good-sized audiences, and the company has really worked hard at luring them.

There are other ways that this Steve Bellwood done up in a way he usually isn’t. He’s not directing himself (which he prefers not to do, but has often had to do by default). He’s not being overly deferred to. He’s not having to settle for whoever’s able to act in his script. He’s even been asked to leave the room on occasion so that others might process his work.

Producer David Pilot and director/actor James Leaf simply saw great potential in an old script of Bellwood’s (originally titled Collateral Damage) and have worked hard to give it a production it deserves. They assembled a worthy cast up for the creative journey. Along the way, there has been extensive editing and other changes. The script’s old title, Collateral Damage, for instance, has largely been rendered moot by a revised ending which Pilot and Leaf suggested. By his own admission, Bellwood has rolled with these changes grudgingly at times, but has also been impressed with how well some of them work. Collaborations on new works are seldom easy. This appears to be a particularly open-minded company where everyone has strong opinions. But it may be one of the best development situations that a Steve Bellwood script has ever seen.

[This is the point in the article where I note that this is in no way a review. The performance of The Specials I saw on Sept. 21 was billed as a preview, and that changed ending had been added just a few hours earlier. The audience that night was largely an invited one consisting of those who’d donated money or set pieces or props, who stayed for an animated talkback session afterwards. After they all left, I chatted candidly with Bellwood and Pilot. So, not a distanced review, this. I’m an avowed Steve Bellwod supporter, intrigued by a production process. That’s where I’m coming from.

The Specials has been carefully dramaturged right down to its subtitle. It’s being billed as “A New American Play,” to stress the allegorical and metaphorical aspects of the play. The play posits an academically inclined unmarried couple (Diane’s a professor, Tom’s a high school teacher) on a road trip against an earthier, newly married couple (Ivan’s in a special military service and deployed to Afghanistan a lot; Ruth’s an ex-stripper).

You could shorthand The Specials by comparing it to two Edward Albee plays. It’s got the feuding-lovers aspect of Who’s Afraid of Virginia Woolf and the lingering-menace feel of The Zoo Story. The couples barely know each other when Tom and Diane arrive to stay over at Ivan and Ruth’s house. Soon enough, they know each other a little too well. (Bellwood denies any conscious influence of Albee’s work on his own.)

The script goes “meta” in how it depicts an encroaching violent behavior, moral breakdown, reckless passions and desperate desire for stability among its characters. It’s very much a 21st century play about scattered dreams and dashed hopes and uncertain futures and defensive posturing.

Here, it’s been wisely cast so one couple is not appreciably older or more attractive than the other. Other than the physically imposing bluster the bulky, bald-headed Daniel White brings to Ivan, you can imagine the actors being almost interchangeable, though the roles aren’t. Diane (Mariah Sage, of the Theater Four ensemble) is poised and imperious. Ruth (New York actor Irina Kaplan) is loose and needy. Tom (James Leaf) is like a somber Woody Allen, commenting wryly on events which nonetheless are terrifying to him. And White’s Ivan is the lumbering wild card at the center of the piece. Does being a war veteran make him a stoic realist, or just psychotic? Does he have a disciplined, caring program in place for dealing with Ruth’s emotional problems (and his own), or is this domestic abuse? “You’ve been dealt a good hand, Ruthie,” the poker-playing Ivan decrees. “Stick with it.”

The play has four characters, but most of the scenes involve just two people at a time, in various combinations. Sparks fly, but not from the directions you think they will. The action is kept lively with Halloween masks, brandished firearms, a mystery object Ruthie keeps in the kitchen, and—big reveal at the end of the first act—a whole second set piece, just when you think the whole show is confined to Ruthie and Ivan’s living room.

This harrowing, yet regularly amusing and entertaining, drama takes a special balance of talents, and this production has been able to assemble them. The actors have worked hard to find the rhythms in Bellwood’s play, which ranges from frequent cursing to a languid explication of Edward Lear’s nonsense verse The Jumblies. The direction and design opens up what could be a claustrophic piece and allows it not just to breathe but to express grander themes.

The company also continues to probe and rewrite and rehearse and investigate, in hopes that The Specials can move on to other productions. It fully deserves to. For now, it most deeply requires the support of New Haven theatergoers. This is a theater troupe that is bravely trying something new and challenging. They also are craving input. There are three opportunities left to catch this special staging of The Specials. Make a special effort. 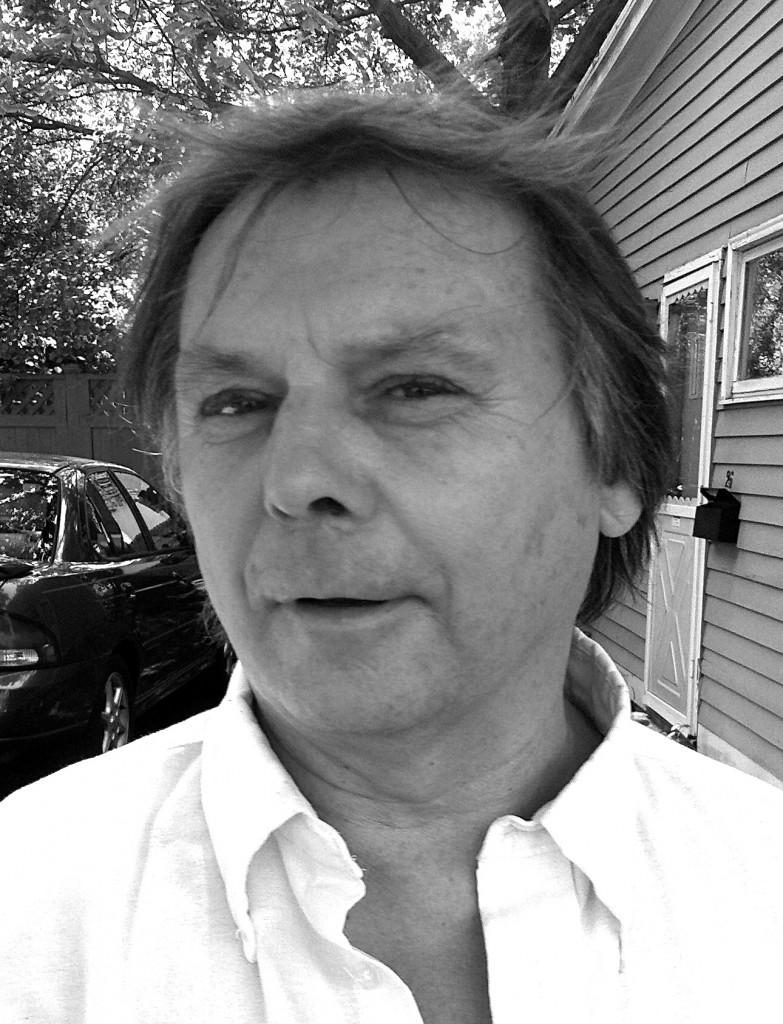 3 Responses to Specials Attention: A strong new play by an underappreciated New Haven playwright gets a thoughtful production at the Whitney Arts Center