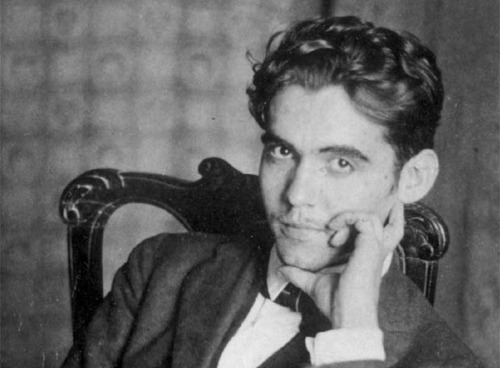 The Yale Summer Cabaret is halfway through its neatly balanced five-show season, which is presented in old-school fashion by a troupe of actors  and designers who’ve signed up for the whole summer, switching roles and styles with abandon and aplomb. The repertory format diverges from recent Summer Cabaret seasons where there weren’t as many shows, the themes and styles weren’t as varied, and the casts and crews were more distinct. The current Summer Cabaret company also came roaring out of the gate in early June, enduring an exceptionally brief rehearsal period for the opening production so that they could get out ahead of competing summer-theater entities such as the International Festival of Arts & Ideas.

Ticket sales for the Summer Cabaret offerings so far this summer have exceeded expectations, with numerous sold-out performances. Audience members have been full of praise not just for specific productions but for the endeavor as a whole.

The season began with the 17th century French comedy Tartuffe by Moliere, followed by Strindberg’s late-19th century doomed-romance Miss Julie. Yet to come are the 1969 Tennessee Williams rarity In the Bar of a Tokyo Hotel (July 25 through August 3) and a double-bill of cutting-edge Caryl Churchill one-acts, Heart’s Desire and Drunk Enough to Say I Love You (August 8-18).

But right now, opening Thursday at the underground 217 Park Street space run by vacationing Yale School of Drama students is The Shoemaker’s Prodigious Wife, written by the estimable Spanish dramatist Federico Garcia Lorca in 1930. The playwright only died in 1936 at the age of 38, presumed assassinated by Spain’s Nationalist government for his expressing liberal sentiments during the Spanish Civil War.

Because when you’ve devised a summer repertory season of farce, tragedy, realism and sociopolitical drama, what else can you stick in the middle of it besides good old-fashioned surrealism?

Knowing that the play, titled La zapatera prodigiosa in its original Spanish and alternately translated as The Shoemaker’s Wonderful Wife, might need a little more explaining than some of the other scripts and authors in this eclectic SumCab season, director Dustin Wills was cornered with questioned about why he chose such a distinctive piece, how he hopes to stage it with the resources of the Cabaret, and why he’s changed its setting from Spain to an expanse of desert in West Texas.

The answer to the last query is simple: Wills (who’s also the artistic director of the whole summer season; besides Shoemaker’s Wife, he directed Tartuffe and will also direct the Churchill plays) is a native Texan who first discovered Garcia Lorca as an actor in a student production at the University of Texas. Wills finds spiritual, geographical and language connections between the Western states and Garcia Lorca’s Spain which he thinks will help make the play more palatable for American audiences. When he describes the production’s aesthetic, he notes the live music score created with electric guitar and loop pedals by actor/musician Mickey Theis, which Wills likens to Ry Cooder’s loping soundtrack to the Wim Wenders film Paris, Texas.

The Summer Cabaret’s chef, Anna Belcher of Anna’s on Orange Street, has even prepared a special menu of Latin-American cuisine to further enhance the aesthetic.

“The storyline is simple,” Wills says, laying out the story of a relationship torn asunder by the expectations and opinions of outsiders. Fantasy elements intervene, but this is essentially the story of a woman who has to make it on her own. “My first reading of it, I read it as a farce,” Wills says, “about this woman who’s berating her husband. Then I came to realize how dire this situation was. There’s this one monologue, a fantasy tirade. Staging the fantasies, it all comes to life.”

Wills and the production’s seven-member cast have worked together to create a style where the play’s fantasy elements (which he describes as more psychological than storybook) enhance the reality ones and vice versa.  He muses “Where does the art become authentic and where the authenticity become art?” The story is told with live actors as well as puppets, some of them shadow-type puppets behind a projection screen. The use of puppets is specified by Garcia Lorca (who has the play’s titular shoemaker disguise himself as a puppeteer) but Wills says this production’s approach can not be considered “traditional” in terms of the script’s intentions. “All these little parts pop in and out and different themes start appearing,” he says. The challenge he and the cast faced was in finding new techniques and new relevance for those elements. “There are so many labels of women’s psychology [the Shoemaker’s Wife] is struggling with,” Wills says, labels which didn’t exist in Garcia Lorca’s time.

“There’s so much to mine here,” the director says. And Texas, it seems is a good place for mining.