Posted by Christopher Arnott on October 27, 2011 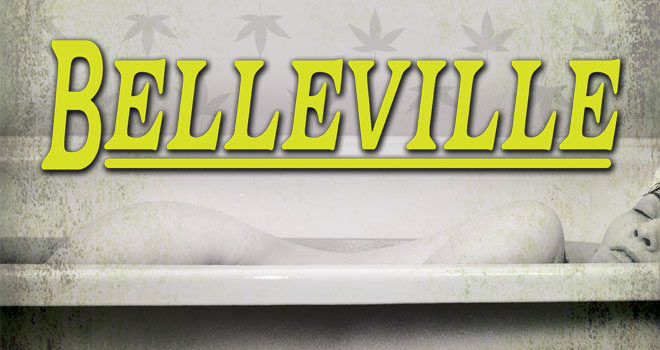 The poster image for Amy Herzog's Belleville at the Yale Rep.

Up close and scary is what Amy Herzog is going for with Belleville, which has its world premiere opening tonight at the Yale Rep. As it did for seven years of her higher education, Yale’s got her back.
When Herzog became concerned that the Rep space wasn’t quite intimate for the Belleville of her fitful dreams, the theater arranged to put up temporary walls around some of the sections of the auditorium. “It’s an example of how seriously they take the needs of a play,” Herzog says. “When I was writing, I was thinking about the apartment, not about the Rep.” The set presents that apartment in great detail.

As for the fright potential, “I wanted it to be scary,” Herzog says, but it’s scary in a modern fast-paced world sort of way. “I’m interested in horror onstage, I like psychological thrillers.” To prep for the show, the cast watched old films such as Gaslight and Suspicion. 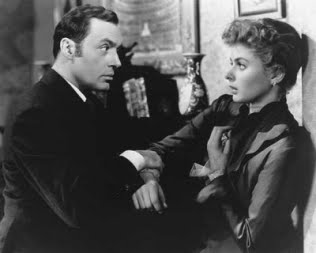 Amy Herzog went to Yale both as an undergrad and as a playwriting student at the Yale School of Drama. She found a career straight out of school, with New York productions of After the Revolution and 4000 Miles. The latter was produced by LCT3, the new-works lab for the Lincoln Center this past spring, and will be reborn next spring with a bigger-deal production at Lincoln Center’s Mitzi Newhouse Theater.
She’s still well remembered in New Haven for her audacious The Wendy Play, which featured a cast of nearly two dozen, half of them high school students borrowed from the Educational Center for the Arts magnet school.
The Wendy Play was a credit to the then-new Carlotta Festival, which presents full productions of works by the School of Drama’s third-year playwrights. The Wendy Play seemed like one of those plays that took such full advantage of available resources and risk-taking opportunities that you couldn’t imagine it ever being staged anywhere again, however good it was.
Yet The Wendy Play did get done again, in California, and her two New York plays seem assured of many regional productions.
Where does Belleville, a dark relationship drama, fit into Herzog’s career trajectory?
“The Rep commissioned it before I graduated. This was my first professional gig,” Herzog explained over coffee at Book Trader last Friday.
The Wendy Play was quasi-autobiographical. Does Belleville’s adventure of a young American couple in France mirror anything in Herzog’s life?
“No. I did spend a summer in Paris once, but nothing like what’s in the play. I just think it’s very interesting, the place Paris holds in our imagination.
“I had a hard time arriving at the first draft. I started writing it in 2007-08, so it either took four years or a month to write.
Herzog’s been attending rehearsals and was adding new touches to the script even once the show was in previews. She also had an active role in casting the play, which stars Maria Dizzia, Greg Keller, recent Yale School of Drama grad Gilbert Owuor and Pascale Armand (who was in the Rep production of Danai Gurira’s The Eclipsed two seasons ago). “I care a lot about actors and acting,” says Herzog, who studied acting and performed in student productions as a Yale undergrad (though her major was English). “But when there’s a question, I defer to the casting director. A lot of writers write for specific actors; casting is a whole separate step.”
She credits Yale—both the undergrad Theater Studies Department and the graduate School of Drama—with giving her a great grounding in the field. “I TAed for Donald Margulies, a tremendous teacher. I got to know Paula Vogel. And Richard Nelson has been a great mentor to me.” She’s teaching at Yale Theater Studies herself now, and also has taught at Bryn Mawr. “Teaching and being in productions and writing can take a lot of time, but I have a tremendous batch of students.”
Somewhere in the past busy year she also found time to get married, to the director Sam Gold, the prolific Off Broadway director who’s making his Broadway debut with the new Theresa Rebeck play Seminar this week.
As for Herzog, besides 4000 Miles’ transfer to the Mitzi Newhouse, she’s got another commission from Yale to work on. “After I turned in Belleville, they called and commissioned another play. I thought that meant they didn’t want to do Belleville. But they did.”
As ever, Yale’s got her back.

One Response to Amy Herzog Provides an Eerie Tour of Belleville, her Yale Rep show Which Premieres Tonight