When It Raines, It Palmers

Posted by Christopher Arnott on October 4, 2011 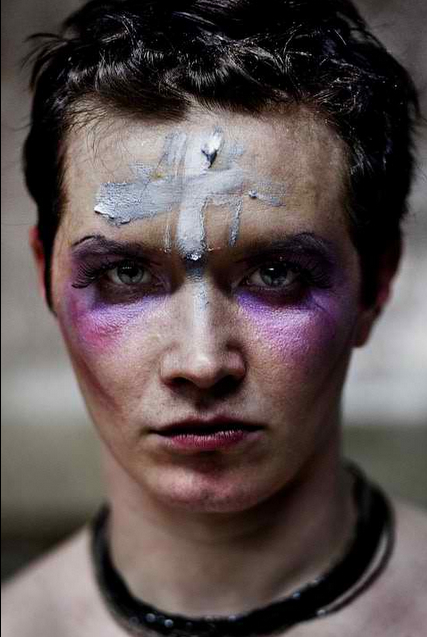 Ran into Chad Raines a few weeks ago. Good thing, because I going into withdrawal from not writing about him since he graduated from Yale last spring. Even before he got into the Yale School of Drama sound design program, Chad distinguished himself in New Haven as the video overload of the public-access community television channel CTV and as leader of The Simple Pleasure, one of my favorite local bands of the past ten years. He’s also one of a very short list of people I’ve had impromptu sidewalk discussions with on the virtues of filmmaker Stan Brakhage.
At Yale, Chad did some tricky sound designs. The trickiest involved him being thrust right into the performances. Before he was even a student, The Simple Pleasure found themselves performing live as the house band in a Yale School of Drama production of Brecht’s Baal. Once he’d ingratiated himself into the school properly, Chad played Hedwig herself in a Summer Cabaret production of Hedwig and the Angry Inch. He wrote his own rock musical based on the Missed Connections personal ads on Craigslist and staged the large-ensemble results at the Yale Cabaret. He was the onstage Foley Artist and rock guitarist in Drama School classmate Michael McQuilken’s own original rock play, Jib. Then Chad—who also fathered a child sometime during his Yale years—had to rejoin the real world.
So where’d he head off to? Further into the dark realm of rock theater. He and McQuilken, both eager instrumentalists, spent the summer touring and recording with Amanda Palmer—the Dresden Doll with the thriving solo career, rabid cult following and progressive rock/theater ideas. Palmer, herself a Connecticut collegian (she went to Wesleyan) gives all sorts of neat details about her working relationship with Chad and Michael on her blog.

They even used the School of Drama’s recording studio at 205 Park Street to record a cover of the Nirvana song “Polly” for a Nevermind tribute album included with the August issue of SPIN magazine. You can download that album here:

Long before Chad Raines and Michael McQuilken came to campus, the Yale Cabaret had a notable hit with a blending of Chekhov’s early play Ivanov and the Nirvana saga, cleverly titled Nirvanov.
Everything old is new again. And Chad Raines is still one of the simple pleasures of our existence.

2 Responses to When It Raines, It Palmers