Posted by Christopher Arnott on September 20, 2011

“Cozy” mysteries are all the rage—or all the lack of rage, since they tend to be about settled, elderly folks solving mysteries in quaint rural communities. Naturally, in such adventures, community theater comes up. 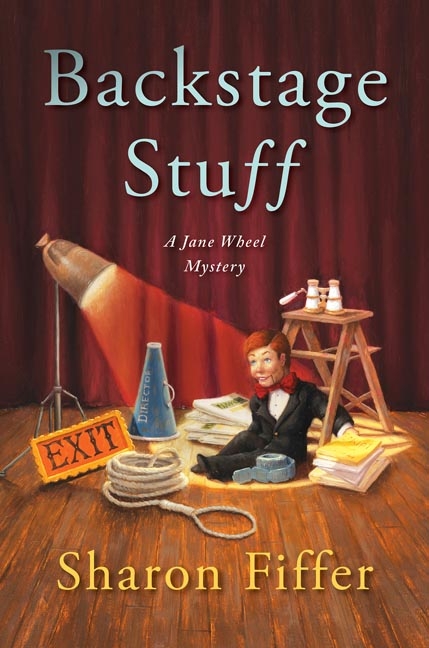 She hates the script, but private investigator and antiques enthusiast Jane Wheel goes to work on a community theater production of a newly discovered—and clearly cursed—old melodrama. One reason she takes the gig—she gets a $500 stipend to design the show and run props. In community theater, that’s big money!

The contrivances continue beyond the concept of money as a motivation to do community shows with friends. For an ostensibly light read, there’s an awful lot of explaining and agonizing over the most bizarre theories.

Nellie now backed away from the rinse tanks, wiping her hands on her apron. “Lowry’s got you working on the Kendell house while he’s doing that silly play then? That’s okay. You probably got the better job. That theater thing…

Nellie pronounced theater the-a-t0r—long e, long a, long o, and with as much disgust as she could muster. 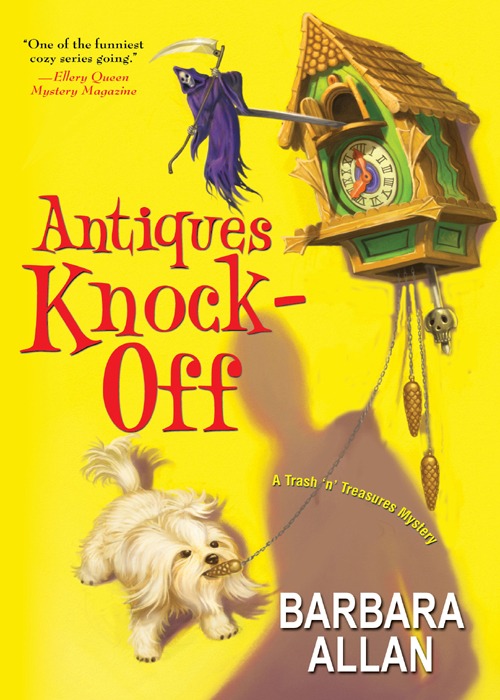 Barbara Allan is the joint pseudonym of married writers Max Allan Collins and Barbara Collins. Both are accomplished novelists in their own right who seem to have special fun writing together. Their 2005 Cold War thriller Bombshell is a pop culture bonanza. The Collinses throw themselves into the Barbara Allan series with even more glee, merrily interrupting the story with recipes and antiquing tips. The series is hysterically entertaining, and the mystery elements don’t bog down.

The community theater references here are a recurring feature, courtesy of central character Vivian, drama-queen mother of her partner in crimesolving Brandy. While Brandy is the steadier presence, Vivian often gets ahold of the narrative voice herself:

Brandy looked appalled. “Happy? How can you be happy? You’re in prison, Mother!”

All my years of preaching to be a “do bee,” not a “don’t bee, had never quite stuck with the girl.

I said patiently, “It’s not prison, it’s jail, darling.And I’m happy because there’s so much I can accomplish ‘on the inside.’”

“Like starting a theater club among the women. We’ll perform one-acts to begin with, then, eventually, complete three-act plays. And, who knows, maybe one day we’ll be ready to tackle the Bard of Avon himself! ‘Once more into the breach, dear friends!’… Dear, a gaping mouth is not an attractive look at any age.”

“When am I ever not serious, dear? Why, we could take our production on the road, performing at other prisons—state-wide at first—Anamosa, Fort Dodge, Newton.” I raised a finger to make my point. “But then comes the big-time,. Folsom, Leavenworth, San Quentin—and the Broadway of prisons…Sing Sing!” I frowned. “Too bad Alcatraz is closed—how I would have loved to play there!”