The Kiss Me Kate In Concert non-review

Posted by Christopher Arnott on January 20, 2013 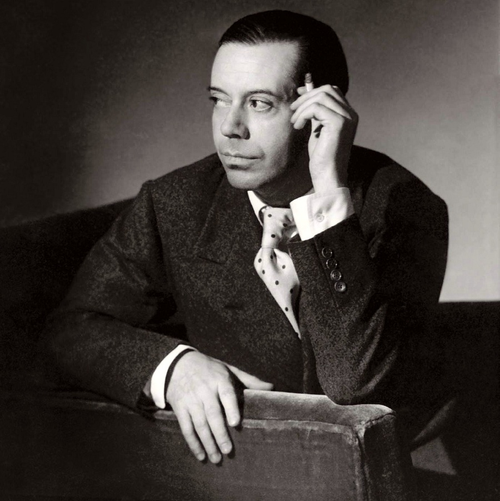 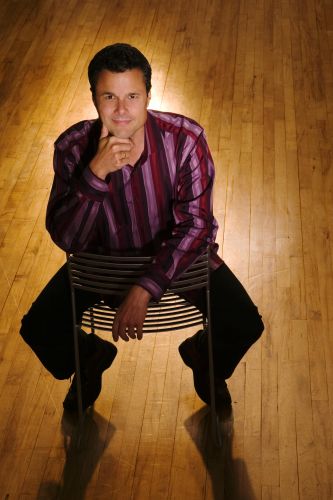 Other than that, how did you like the play?

The unfortunate bit of KissMeKateus Interruptus which occurred when playwright Christopher Durang fell onstage during the encore of “Brush Up Your Shakespeare” in the first of two sold-out performances of Cole Porter’s famous musical at the Yale University Theater on Saturday, Jan. 19, shouldn’t, and ultimately didn’t, overshadow the wonders of this production, which was in some respects a century in the making. (See my previous post for details of Durang’s fall.)

This was a “reading,” with minimal rehearsal and lots of built-in looseness (and thus not appropriate for a no-holds-barred critique, which this article assuredly is not), but it felt historic. This was the world premiere of the “critical edition” of the Kiss Me, Kate score, lavishly resurrected through the intrepid scholarship of David Charles Abell, who also served as conductor and music director of this Yale concert. Abell apparently began piecing together the original score when he was asked to conduct Kiss Me, Kate five years ago for the Glimmerglass Opera. That production was the first Broadway musical staged at Glimmerglass, part of a Shakespeare-themed season which also featured operas based on Measure for Measure, Romeo & Juliet and Julius Caesar. The Glimmerglass Kiss Me, Kate was directed by Diane Paulus (who did the Public Theater revival of Hair which went to Broadway and on tour, and now runs the American Repertory Theatre in Cambridge). The New York Times described Abell’s work on that production as “buoyant.”

And so it remained Saturday afternoon—even more buoyant, I’d wager, due to the concert’s decidedly non-operatic and incessantly celebratory nature. I’ve seen many scholarly recreations of celebrated jazz concerts, and plenty of readings of old musicals (classic and otherwise), and this event fell on the high scale of both genres.

It took the form of a live Old Time Radio broadcast, with Foley Artists slamming doors and cracking whips in a corner of the stage, antique-looking microphones for the lead players, and a dress code which suggested the 1940s. This was not an affectation: Abell’s work on the score brought out a jazziness in it which we might expect from Cole Porter (whose songwriting career flourished in the 1920s and ‘30s) but could not be absolutely sure of in a show he wrote in 1948, at a time when he’d been relatively hitless for a few years and was playing with other styles. Abell’s compelling work as restorer and conductor proved how jaunty and frisky this score was meant to be. He gave it a briskness that blew the dust off the sheet music, and underscored that effort by staging the orchestra’s presentation in a big band manner. During “Why Can’t You Behave?,” a quartet of saxophonists stood to deliver the song’s punchiest instrumental moment, followed in like style by three trumpets and a trombone. The whole endeavor was much jazzier than musical theater scores later became. Kiss Me, Kate was a major hit, but not as influential on other composers as it should have been. When done today, its gloriousness roughness is usually smoothed to mainstream pop-standard mediocrity. With a 45-piece orchestra, studded by guitar, mandolin, and all those magnificent horns and saxes, this was a whole fresh hearing of Kiss Me, Kate.

Supposed “recreations” of classic works are often so “respectful” of the score or text that they become stiff and boring. (I’m talking to you, Wynton Marsalis.) This one was hopping, which is the most respectful posture of all concerning a Cole Porter piece. Even the ballads soared at a speed not often associated with such songs.

As for the cast chosen to put these songs across, and recite the edgy Sam & Bella Spewack dialogue in between, that was another major victory of this production. The performers were all drawn from the ranks of Yale, primarily Yale College and the Yale School of Drama. That’s a vast pool of talent, and the producers did not play it safe. The two male leads—Ethan Freeman as Fred Graham (Petruchio in the Taming of the Shrew play-within-the-play) and Bryce Pinkham as Bill Calhoun/Lucentio—come from sharply different eras and styles. Freeman, who is multi-lingual, has carved out a sterling career doing Broadway or Broadway-style shows (from the Phantom of the Opera to the German smash hit Elisabeth, in major European theaters. He has a rich quasi-operatic voice and enunciates his lines in a matinee-idol theatrical manner, full and rich and dripping with diction. Pinkham, on the other hand, is a more contemporary New York musical theater star, who appeared in Bloody Bloody Andrew Jackson and the musical version of Ghost; when Pinkham was at the Yale School of Drama he starred in a modern rock take on Brecht’s decadent play-with-songs Baal. These disparate characters—both headstrong and dishonest when the situation calls, are vaguely vying for the same woman, Lois Lane. She was feistily played in the concert by Lauren Worsham, whose credits range from operetta and Sondheim to the first national tour of The 25th Annual Putnam County Spelling Bee, and thus could be believably attractive to both men. Sari Gruber portrayed Fred Graham’s former (and future, if the happy ending is to be believed) romantic partner Lilli Vanessi, who literally plays Kate to Graham’s Petruchio in a tour which they “Open in Venice,” as the song goes. Gruber is a trained operatic soprano (and the co-founder of Yale Undergraduate Opera when she was a student); her classic beauty and posture and robust vocals were well matched to Graham’s old-world charms. The Continental verve of Freeman and Gruber was appropriately countered by the sassiness and scrappiness of Pinkham (who announced “dance break!” during an instrumental passage of the self-parodic love song “Bianca,” then glided coolly about the stage) and Worsham (who was ace at coaxing applause from the audience so as to make the encore verses of “Always True to You in My Fashion,” which she was going to perform anyway, seem less inevitable.)

There was technically a fifth member of this love rectangle, a sugar-daddy type named Harrison, played by ubiquitous Connecticut-based actor Bill Kux (a 1983 grad of Yale Drama School). Kux played numerous other supporting roles, as did Asa Somers and narrative presence Geoffrey Owens. These comic-relief guys fell into easy snappy pacing and devil-may-care attitudes. The chorus, made up of current Yale students, brought a youthfulness to the endeavor and were allowed to carry two of the show’s biggest numbers: “Another Openin’, Another Show” and “Too Darn Hot.”

Then there were the two comic gangsters. When high schools do this show,  these roles generally go to the class wise-asses. So it’s perfectly fitting that Gangster #1 (at least at the matinee) was Christopher Durang, who as a playwright has satirized society, highbrow literature, psychoanalysic and the theater itself for 40 years, and Gangster #2 was Robert Lopez, the co-creator of Avenue Q and The Book of Mormon. Durang in particular was an ideal choice, since he was once rumored to be rewriting the book of Kiss Me, Kate for a never-produced ‘90s revival, and openly mocked the musical in his famous one-act The Actor’s Nightmare.

I won’t say that these were the greatest pair of gangsters I ever saw in Kiss Me, Kate. Both Durang and Lopez seemed nervous onstage. Both dropped lines, and at one point Durang even dropped his script (finding the right page just in time for his opening line of the next verse, after which he ad-libbed “Whew!”). But they were perfectly cast for this reading. They brought a sense of recklessness and unpredictability and eccentric glee to the show.

Which brings me back to the project’s instigator David Charles Abell. He, and the show’s producers, nailed this historically accurate Kiss Me, Kate by keeping it loose, lyrical, jazzy and jovial, letting the scrupulous scholarship and arrangements speak for themselves. There was not a hint of pomposity in the presentation.

Abell’s critical edition of Kiss Me, Kate will soon be published. He has noted that this is only the third time that an American musical theater piece has received this level of scholarly literary treatment which is so common with operas. His desire to raise the standards of artistic scholarship is much appreciated. But more so, in my eyes, is his ability to retain the freshness and zing which Kiss Me, Kate must have had at its 1948 premiere.

It was always true to its darling, in its fashion.

Kiss Me, Kate in concert was the opening volley of a year of events related to the centennial of Cole Porter’s graduation from Yale. Here’s to more Eli revelry and hilarity and balladry in Porter’s name.

3 Responses to The Kiss Me Kate In Concert non-review